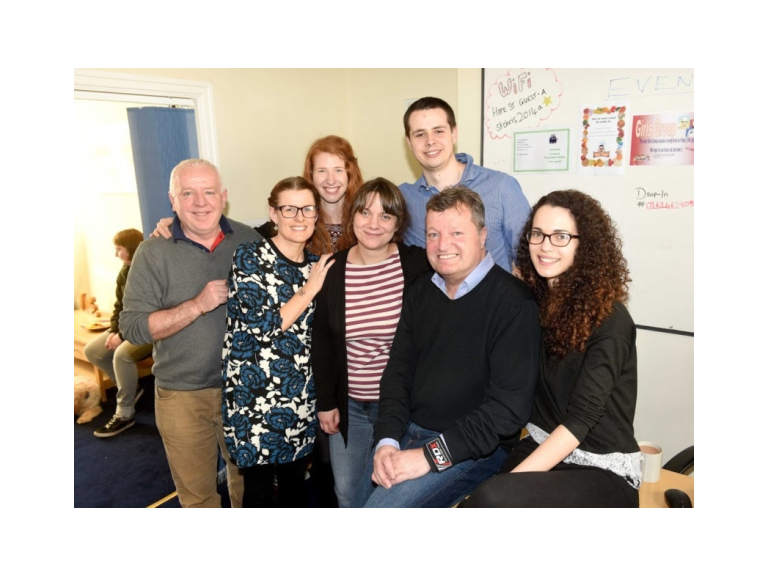 It opened without fanfare, doesn’t advertise its presence, but the St Christopher’s Foundation facility is already making a difference to youths in need of help

They pride themselves on never turning away any young person in difficulty.

And the team at the new drop-in centre in Douglas, launched last July, believe it is making a huge difference.

In the first three months of this year, the centre was visited by young people no fewer than 354 times, and 458 times between October and December. There are currently 51 active cases.

Operated by St Christopher’s Fellowship, the facility is open from 10am to 6pm Monday to Friday.

Connor Collister, 20 has landed a job as a chef.

It can be used by any young person aged 16 to 21 who has been referred to it.

They may be just out of care and striving towards independence, others appear late on the radar of social services or have offending behaviour, or need support for a host of other reasons. Some have very little if any education, others are A* students or have full time jobs.

A team of seven personal advisers have been put in place who work one-to-one with the young people, and in partnership with other services, to get them into education, training or work and living independently in their own accommodation.

There’s also an on-call service dealing with a range of issues from questions about housing to hospital admissions.

The team will help young people access health and therapeutic services if they need them. Some simply need the opportunity to use the centre’s washing machine, have a cup of tea and a chat with an adviser and get their heads straight.

Senior personal adviser Richard Gilmour said: ‘We were initially a little bit apprehensive about whether it was going to take-off. But our clients really like it, it’s a nice building and central. It’s quite anonymous – we don’t advertise.

‘We like to pride ourselves that we won’t turn away anyone who is referred to us. We work with anyone aged 16-21 regardless of their challenges and come up with strategies to help them become a respected member of society.’

Connor Collister, 20, is one of the drop-in centre’ success stories - the team having first found him a flat and now just helped him land his first job as a chef.

By his own admission Connor had been dealt with a very tough set of cards, having been in care between the ages of seven to 17. He said leaving the care system was ‘quite overwhelming’. ‘If it wasn’t for these guys quite a few people would struggle,’ he said.

He said he loves his job and has ambitions to work as a chef on a cruise ship.

‘We’re very proud of Connor,’ said aftercare worker Trevor Rudge. ‘He’s had to overcome a lot of different things until he could get work.’

The atmosphere in the drop-in centre is quite vibrant, helped by the fact that there are no rules apart from the need for respect.

‘Most of the young people take to the lack of rules well. All we ask its for general respect and I think that helps. A lot of our clients are used to something more regimented,’ said team leader Richard.

He joined St Christopher’s on the fast-track management programme after four years working at a drop-in centre in Kenya and then returning to the Isle of Man when he was 23 to do a business management degree.

A range of techniques and approaches are used to best suit the needs of the young people, explained Richard. Interventions can range in timescale from a few weeks up to five years. Support can also vary from irregular contact when needed to daily contact.

The team works in partnership with other agencies including Children and Families, the police, other charitable organisations such as Foodbank, Housing Matters and health/therapeutic services.

One of the main focuses is on equipping young people with independent living skills, helping to reduce their reliance on government services.

The ultimate aim is to help them be in a position to not need the service.

Richard said: ‘A lot of good work is going on but it only gets in the press when something happens. I think we are moving forward and I like to think our clients benefits from the services we provide.’