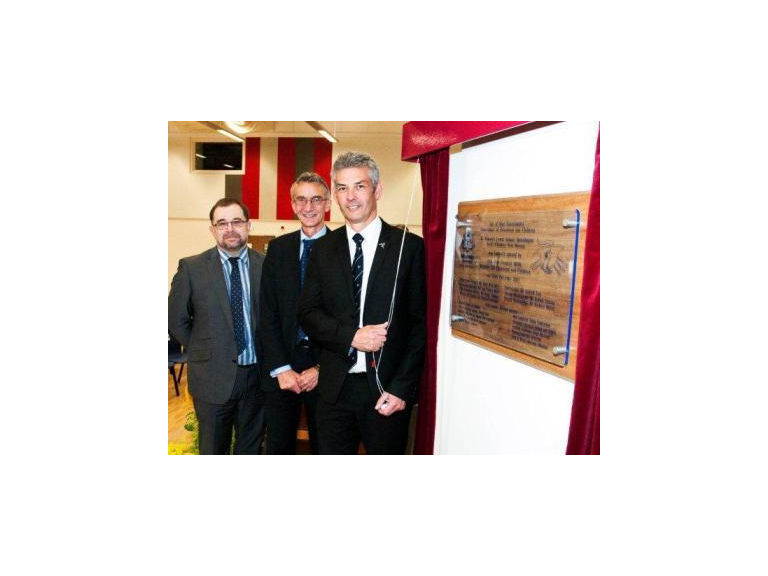 The replacement for the 118-year-old Park Road building in Douglas, the school brings together more than 600 Key Stage 3 (11 to 14-year-old) students under one roof for the first time. They will study there before progressing to St Ninian's Upper School to take exams in Key Stage 4.

Many students played a part in today's opening, greeting guests and escorting them to their seats, performing a play they had written in praise of their new school, playing instruments and singing.

Among many impressive features are sports facilities that are already being used by the community and the Minister used the occasion of the opening to name these the Jubilee Sports Complex, reflecting Her Majesty's Golden Jubilee.

The Minister thanked all those who had brought the building to fruition, from those who designed and constructed it on time and within budget to the politicians who had the foresight to support it. He also expressed his gratitude to neighbours of the school who tolerated four years' building work.

He said: 'St Ninian's Lower School will very quickly settle down and become part of the community, here to be used during the day for schooling and in the evenings and weekends as a community facility. People from all over the Island will use the grounds, sports halls, theatres and other parts of the school for sporting, leisure, tuition, community and charitable purposes.'

Today's event was attended by Chief Minister Allan Bell MHK, President of Tynwald Clare Christian MLC and Speaker of the House of Keys Steve Rodan, among many dignitaries.

You can read all the speeches from today's event and see the full programme below.