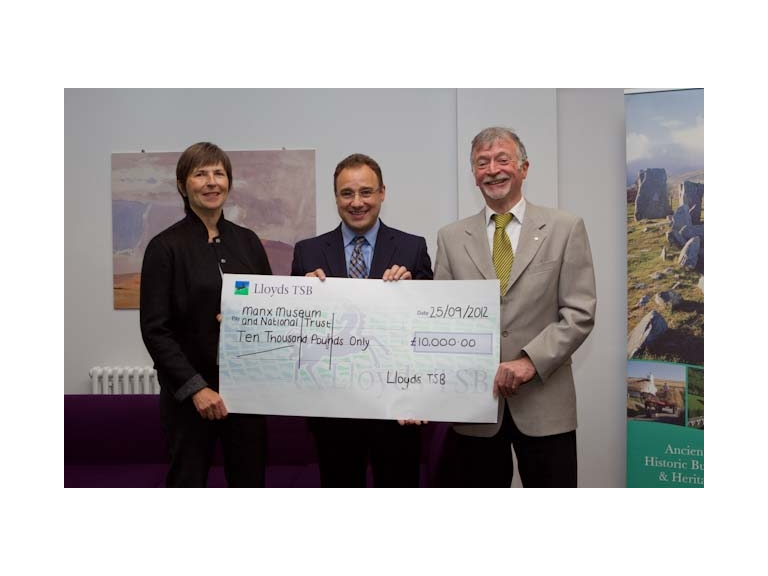 A thousand years ago, a powerful sea kingdom was formed encompassing the Outer Hebrides, Skye, the Inner Hebrides, Argyll and the Irish Sea. The seat of power was the Isle of Man. From this small island, the Kings of Man and the Isles ruled both the lands and the vital sea route that ran through the heart of what we now know as the British Isles. This trade route brought riches to and from the kingdom. The Chronicles of the Kings of Man and the Isles is the Isle of Man's first story-book. The manuscript tells tales of battles fought, indulgent kings and queens; of haunted chieftains, political skulduggery and brutal revenge. Exquisitely carved rare chess pieces, silver coins with images of kings and precious symbols of wealth and religious power were left behind after the Kingdom ended and some of these will be on display in this special exhibition.

Peter Reid, Island Director of Lloyds Bank said: "It is a privilege to be partnering with Manx National Heritage for this incredibly exciting exhibition, which offers a fascinating insight into medieval life on the Isle of Man. We recognize the importance of supporting the Isle of Man's cultural heritage and we are delighted to offer our support to help bring this unique experience to the Island."

The exhibition opens at the Manx Museum on Saturday 10th November 2012 until 9th March 2013 and will be accompanied by a programme of events. Find out more in Manx National Heritage's Winter What's On publication or visit the Manx National heritage website