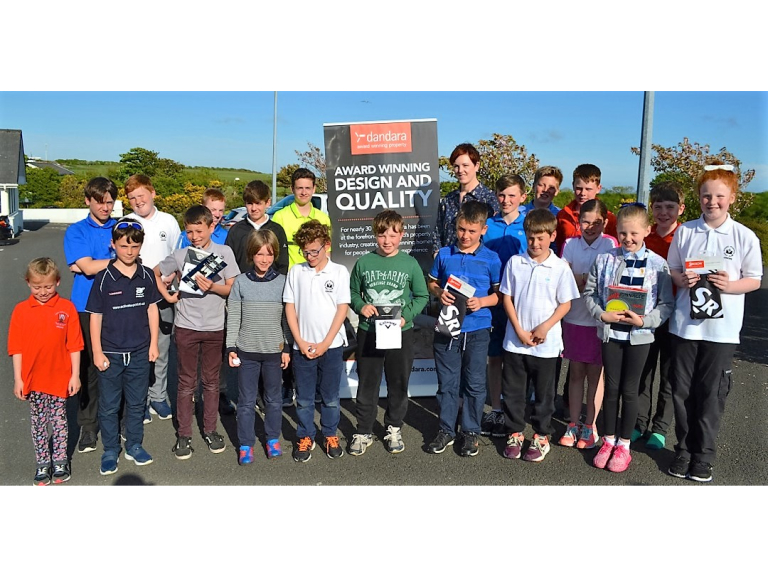 Isle of Man Golf has announced a new partnership with the Dandara Group to support the development of the sport among younger players.

The award-winning developer has become title sponsor of the newly created joint Junior Championships and the Junior Order of Merit, which was launched in 2014.

Isle of Man Golf was formed last October by the merger of the Isle of Man Men's Golf Union and the Isle of Man Ladies' Golf Association. The merger reflected the Isle of Man's position in the vanguard of the movement to attune golf to the modern era by removing gender discrimination. This has already led to the previously separate Men's and Ladies' Championships being brought together, to be held on the same course in the same week this year.

A further step in modernising the sport in the Island is the creation of the Dandara Junior Championships, which merges the previous Boys' and Girls' championships. The Island's most talented young golfers will play at Ramsey Golf Club on 10th July in an event showcasing the next generation of Manx golfers.

The Dandara Junior Order of Merit is also open to boys and girls. Created with assistance from England Golf, it aims to encourage junior players and create a pathway to becoming better players and continuing with golf as a sport for life.

Held over five rounds during the year, the Dandara Junior Order of Merit is split into sections to cater for all levels of ability, including full rounds for Under 18s and Under 14s, 9-hole and 6-hole competitions for younger and less experienced players, and a flag competition for beginners.

Three rounds have already been held, the most recent on Sunday, when it was a delight to see so many junior golfers of different abilities using the facilities at Mount Murray. With parents, and in some cases grandparents, in attendance it was a very encouraging sight now boosted by the involvement of Dandara as sponsors, and the day produced some good golf.

In the Under 18 category it was a real battle with Ana Dawson and Jack Gilbert both on 71 net, which is par for the Santon venue. Ana took first place on countback.

In the Under 14 event Greg Watson was 10 under par net with a 61, and with this kind of form and maturity at this stage in his career great things can be expected in the future. Lea Dawson was under par as well with 69 net, but had to settle for runner up on this occasion.

Those playing just 9 holes also saw a runaway winner in Sam Callow - a famous surname in Manx golf. He took the honours with 25 points, beating the very consistent Matthew Bell, 17 points, into second place. Playing over just 6 holes from forward tees the winner was Dean Betteridge on 17 points, with runner up Jenna Crawford on 13.

For full results visit www.isleofmangolf.im. The remaining rounds will be held on 7th August at Douglas and 18th September at Ramsey Golf Club.

Isle of Man Golf President Elect Dee Lewis said: 'This is an exciting and important time in the development of golf in the Island, as we unify the previously separate men's and women's organisations. We are delighted Dandara is teaming up with Isle of Man Golf, and England Golf, to offer young players of all abilities the opportunity to discover the enjoyment of the sport, and encourage the Island's juniors to improve their game as they prepare to become the next generation of Manx golfing talent.'

Dandara Managing Director Seamus Nugent added: 'Dandara is an enthusiastic supporter of sport in our community, especially when it comes to encouraging youngsters to get involved. Sport is an opportunity to learn new skills and discipline, socialise, enjoy exercise and, for some, the start of a career.

'We are delighted to be supporting Isle of Man Golf as it continues the modernisation of the sport in the Island, and excited to be title sponsor of the inaugural Dandara Junior Championships and the fast-growing Dandara Junior Order of Merit. Both provide wonderful opportunities for boy and girls of all ability levels to play golf, and showcase their talents.'