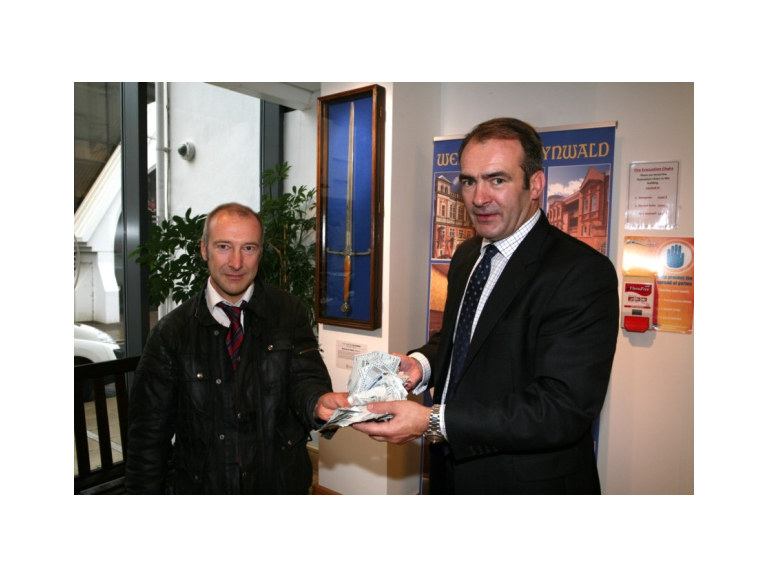 Ministers knew that Manx householders would end up paying significantly more than the UK average when they agreed to introduce the sewerage rate.

Minutes of a CoMin meeting in September 2014 when proposals were discussed to replace the £50 flat rate toilet tax with a charge based on rateable values have been made public following a Freedom of Information request by Peel resident Trevor Cowin.

Mr Cowin has submitted more FoI requests than anyone else since the Act was introduced in April – and he believes the release of the CoMin minutes shows his persistence has paid off.

The minutes of the meeting, which was attended by Manx Utilities Authority chief executive Phil King, state: ‘Council noted that due to the vociferous public opposition to the sewerage charge, the board had concerns that the authority would not receive Tynwald approval of a sewerage charge order seeking to increase the charge from £50 to £100 per property from April 1, 2015.’

CoMin also noted that the board’s preferred approach was a sewerage rate based on a rateable value of a property ‘which was considered to be a fairer method of raising the required income’.

But the minutes also reveal: ‘Council further noted the proposal was broadly comparable to the average cost of water and sewerage services in the UK but that there would be disparity in future years with the Isle of Man model resulting in a significantly higher rate being charged than the UK industry average.’

But MUA chairman Alfred Cannan MHK made no mention of this when he made a statement to Tynwald the following month in which he announced the proposal to introduce the ‘more equitable’ sewerage charge, initially at a rate of 62p in the pound - although he did say charges would have to rise year-on-year.

Last November Tynwald narrowly approved a 50 per cent increase in the rate, to 92p in the pound. Withdrawn explanatory notes on the Sewerage (Amendment) Bill 2014, seen by the Isle of Man Examiner, show the charge is due to rise to 169.35p in the pound by 2020-21.

It also lists the impact of the combined water and sewerage charges on ratepayers in different bands of property.

MUA chairman Mr Cannan insisted Tynwald members had known all along that the charge would rise year on year to £300 if the authority’s £7m shortfall, caused by the withdrawal of Treasury funding support, is to be met. He said: ‘It has always been made clear that Treasury are removing the £7m grant that previously paid for “free” sewerage and the £50 per year rises are collecting about £1.5m in revenue.

‘Thus the Treasury planned reductions in grant mean that the average sewerage bill will be at least double what it is now by 2019. That is if the new government choose to carry on with current arrangements and somehow I very much doubt that. Certainly that’s why I voted against the budget this year because the continued charging was too much.’

He said the toilet tax was unveiled before the MEA and Water Authority were merged and he became chairman.