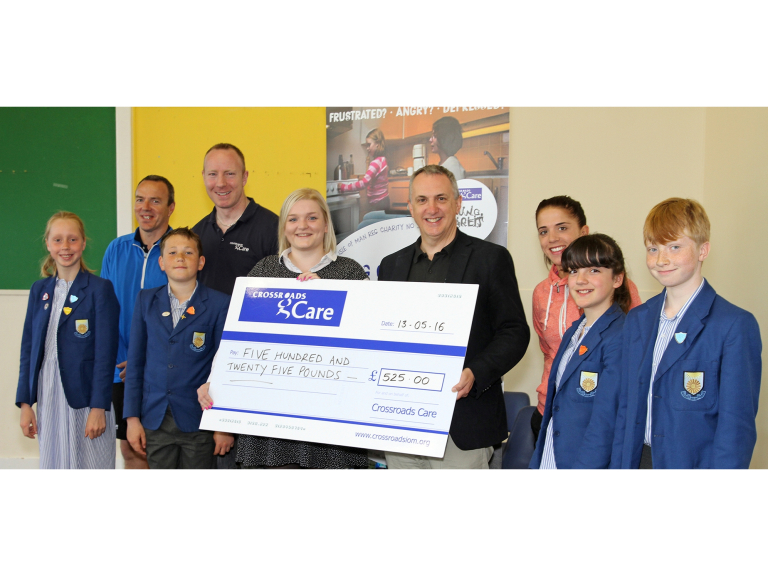 Held at King William’s College earlier this month, the annual Buchan School Triathlon was sponsored by leading international corporate service provider SMP Partners. More than 100 children took part with their entry fees being donated to Crossroads Young Carers Project, which is SMP Partners’ ‘Charity of the Year’ for 2016.

SMP Partners Managing Director Mark Denton said: ‘We were keen to support the Buchan School Triathlon as it is a wonderful and unique event to introduce youngsters to the sport, letting them enjoy the fun and exercise as well as experiencing the three disciplines that make up the triathlon. It is an opportunity to demonstrate resilience and determination, and feel the tremendous achievement of completing a triathlon.

‘We were especially pleased that this year the school decided to donate the entry fees to Crossroads Young Carers Project, which our staff selected as our Charity of the Year for 2016. It is such an important and worthwhile project which we are proud to be supporting, and I congratulate the Buchan School for showing its support as well.’

The children, all aged 11 and under, were split into seven groups for the triathlon, which included swimming, cycling and running.

Clifford Dunn, from the school’s P.E. Department, said: ‘We had more than 100 entries, which is a massive turnout for a triathlon on the Isle of Man. Every pupil who completed the event received a medal, whether they finished first or last, and positions were not recorded because we wanted every child to finish with a smile on their face and be able to say, proudly, “I have done a triathlon”.

‘We were hugely indebted to SMP Partners for its support, which allowed us to provide T-shirts for the children and ensure all money raised through the entry fee could be donated to Crossroads Young Carers Project.’

The project was established by Crossroads Care to recognise the high number of young people on the Island caring for a family member, and the negative impact that it can have on their education and childhood. It is estimated there are more than 1,000 people in the Isle of Man aged between five and 24 years of age caring for a family member who suffers from physical or mental disabilities, substance misuse or mental health problems.

Crossroads Young Carers Project is a free, friendly and professional service providing support, including giving young carers a break from their care responsibilities, introducing them to others in similar situations so they know they are not alone and ensuring they are able to enjoy the activities and events that should be part of a normal childhood.

Julia Cullen, fundraising co-ordinator for Crossroads Care, said: ‘We are absolutely delighted to receive this donation, especially as it has been raised by young people in the same age group as the majority of our Young Carers. It has provided a welcome opportunity for us to raise awareness to the children that took part about what it means to be a Young Carer and the effect it can have on your day-to-day life.

‘Childhood should be a time for enjoyment, like taking part in a fun triathlon with your friends, but sadly for far too many young people, once outside of those standard school hours,  it is a time spent providing care, living with undue stress and pressure, and feeling isolated from your peers.’