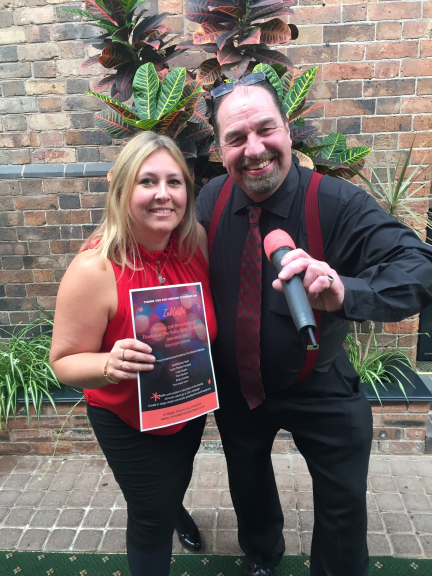 Paul Roberts, stage name Tom Wenlock, is arranging the show at The Best Western Valley Hotel in Ironbridge on Sunday, November 25 and is asking for people to donate raffle prizes which will be auctioned on the night.

The aim is to raise at least £1,500 from the event - named Zaktastic - and all the money raised on the night will go to Zac’s fund.

“There has been an incredible level of support for this appeal and everyone wants to help in getting Zac to America for this treatment,” said Paul.

“I am arranging a variety show at The Valley and have already lined up some acts who will be performing for free so all the money we raise will go to Zac. I have been overwhelmed by the heartwarming messages of support and interest.

“Tickets are selling for £12 and we have sold 20 already - we are probably looking at a room of about 100 on the night so I am hoping for a sell-out. I am looking at raising at least £1,500 on the night which will include a raffle.

“Lisa and her team at The Valley have been incredible with their support since I suggested the idea on Facebook and they came forward with the offer of the venue.

“I have had some prizes donated already but would love to hear from anyone who would be interested in donating something for the night.

“At the moment I have three singers lined up, Becky Gosling, who is well-known around the pubs and clubs in the Midlands, Telford-based Linda Angelis and myself. I have been singing for 42 years.

“The Jackfield Jazz Band will be performing and the Lupin Theatre Company will be doing a couple of slots. They are a very good company from Wolverhampton and have just completed a production of Jesus Christ Superstar.

“Trevor from Stage and Studios Services has kindly offered to provide and set up the PA system for the night too.

“I am hoping to get another couple of acts lined up shortly - I would love to get a comedian. The evening will run from 7-11pm and I really want to raise as much money as possible for such a tremendous cause.”

The family of Zac want to raise £500,000 to send him to Philadelphia for treatment for a rare form of blood cancer called Near Haploid. He is thought to be the only boy in the country with the extremely rare condition.

Anyone wishing to donate raffle prizes, can contact Paul on 0740 1233337 or email p.roberts32@hotmail.co.uk

Anyone interested in buying tickets for the show, can contact The Best Western Valley Hotel at Ironbridge by emailing sales@thevalleyhotel.co.uk or call staff on 01952 432247.

Why is a Regular Health Check in Retirement Essential?
Sign up for offers
Sign up for what's on guide
Popular Categories