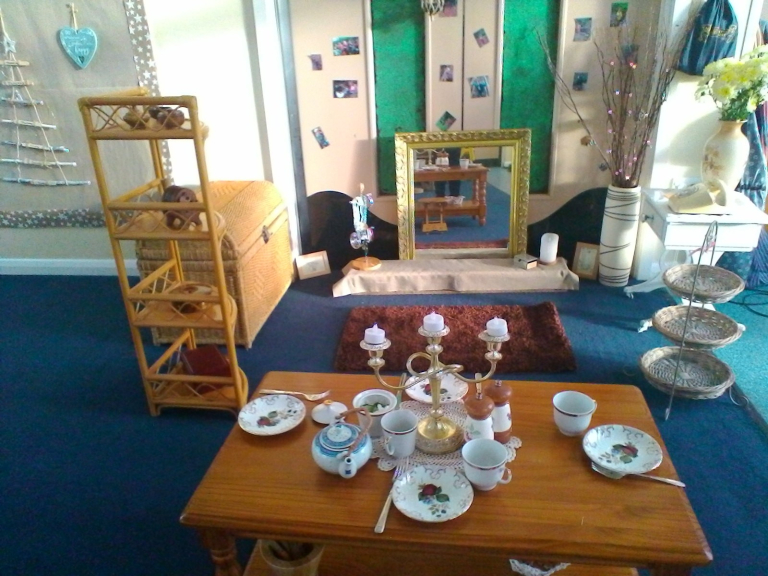 Children at a Telford nursery have put away their toys in exchange for playing with ordinary household items such as curtain rings, photo frames and blankets.

ABC Lightmoor has become the first nursery in Shropshire to adopt The Curiosity Approach - the brainchild of two nursery owners in the Midlands, Lyndsay Hellyn and Stephanie Bennett.

The ethos is about using a child’s natural curiosity to go back to basics with the use of wooden resources, ordinary household items and bric-a-brac.

Penny Hustwick, owner of ABC Day Nursery, which hasoutstanding rated sitesin Lightmoor, Hadley, Hollinswood and Hoo, said it is a new way of learning and playing for the children.

“I am fascinated with The Curiosity Approach and the staff are too,” she said.

“It is very much about using the things in the home, which hold so many memories for us, to create so many new ones for the next generation, using their imagination.

“We asked parents to bring in any old bric-a-brac they may not want. It did mean my office looked like a second-hand shop for a while!”

Penny and her staff undertook training in Birmingham to learn more about the new approach and how to implement it in Telford.

They are now all undergoing accreditation in The Curiosity Approach as a team.

Changes in the nursery at ABC Lightmoor mean children are now using china plates and teapots for their juice instead of plastic jugs. The table is now laid with a tablecloth with a battery-operated tea light in a lamp.

Instead of string and beads, the children are using nuts and bolts and have a tipi made out of some canes and hessian.

Penny said: “It is very special - not what any of us are used to but it really makes the children aware of their surroundings - what they have at home, how to treat such things in the home and to really put their imagination to the test.

“From a simple wooden kitchen roll holder and some various household items, which included curtain rings, the children created their own hoopla.

“We tested the approach to see how the children adapted to the changes and they loved it. It is all based on their imagination so they make items into whatever they want them to be. Nobody is telling them what the toys are and what they have to do.”

Penny added: “It’s out with the big bright coloured plastic tubs of plastic toys and in with the homely items.

“Some would say it is like taking a step back in time and it is in a way - back to basics but the children are already loving every minute of it.”