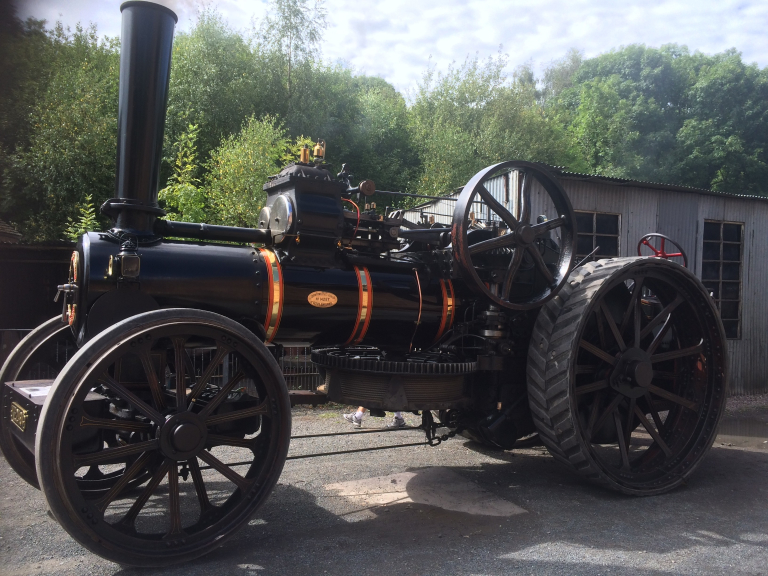 An eclectic collection of over 30 machines will take part in a challenging road run around the Ironbridge Gorge on Saturday,13th May when engines and drivers will be tested with steep climbs and gentle descents. It will set out from Blists Hill Victorian Town, where they will also be ‘in steam’ on Sunday 14th May for all to see. The spectacular Steam Road Run will visit many of the Museum’s sites and historic monuments in The Gorge.

The 32 steam machines* will include a variety of makes and types ranging from traction engines and steam lorries to road locomotives and ploughing engines with Sentinels, Fodens and Fowlers. Some of these engines are especially rare, particularly The Chief, a huge early Victorian ploughing engine, as well as the Lord Doverdale, one of the last commercially working steam road engines. The only surviving Agri Tractor from the six originally built will also be joining the Road Run along with the Gold Medal Tractor, which took part in the Land’s End to John O’Groats race.

Many of the drivers will be wearing Victorian costume and some will be pulling period living vans and tractors. The crews and engines will also be judged by roving assessors on their historical accuracy, time keeping and even crew cleanliness.

All the engines will be available to view on Sunday, 14th May to visitors at Blists Hill Victorian Town where steam enthusiasts get to meet the crews and see the magnificent machines.

Open 10am to 4.30pm Blists Hill is one of the Ironbridge Gorge Museums. A great value Annual Passport Ticket allowing unlimited entry into all ten museums costs £25 per adult, £20 for seniors, £15 for children under 18, £68 for a family of two adults and all their children and £50 for a family with one adult; under 5s free (terms and conditions apply); Passports can also be bought online in advance saving 10% and individual entry tickets are available at each museum. Activities and workshops vary day-to-day and some carry an extra charge.

For further information, call the Ironbridge Tourist Information Centre on 01952 433 424 or visit www.ironbridge.org.uk. The Gorge is easily reached via the M54 motorway exiting at Telford junction 4 or 6.