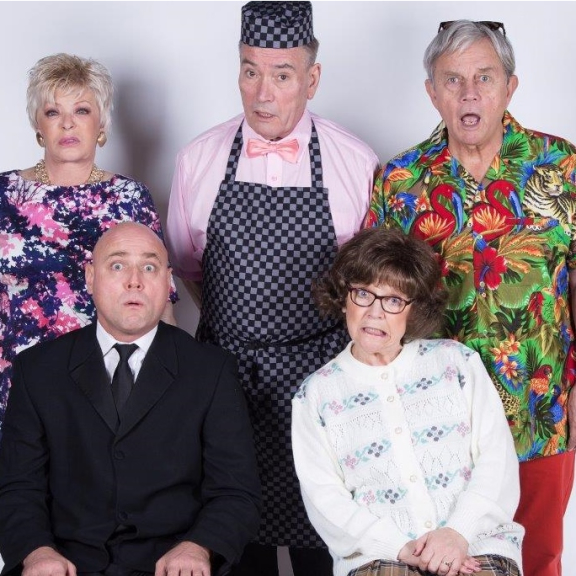 A brand new play is coming to Oakengates Theatre @ The Place in October with a star studded cast, interestingly entitled Seriously Dead’!

Fans of the ITV’s ‘Benidorm’ are in for a treat as Crissy Rock, who played popular character Janey York on the show, stars.

Crissy also appeared in the 2011 series of ‘I’m A Celebrity, Get Me Out Of Here’ and is one of the joint writers of Seriously Dead, with Leah Bell who is also one of the stars of this laugh out loud comedy play.

Alongside Crissy and Leah, Frazer Hines of Doctor Who and Emmerdale, or Emmerdale Farm as it was known at the time, also stars.

Billy Pearce complements the all star cast, truly cementing the comedy genre to this play and making it one not be missed.

Seriously Dead brings together the lives of Albert, Betty, Billy and the local undertaker Tristan de Winter as they become inextricably linked towards a path that is leading to the pearly gates and a disgruntled guardian angel named Thelma on an ordinary day in the quiet little town of Olwinskirk.

This is a brand new comedy that is set to have the audience ‘dying with laughter’!

Seriously Dead will be staged at Oakengates Theatre @ The Place on Saturday 15 October at 7.30pm.  Tickets cost £21 each and can be booked online or by calling the box office on 01952 382382, or in person at the theatre or Southwater One in Telford Town Centre.

A pre show meal is also available at the theatre prior to the show.  Enjoy two lovely courses at 6pm for just £9.75 per person.