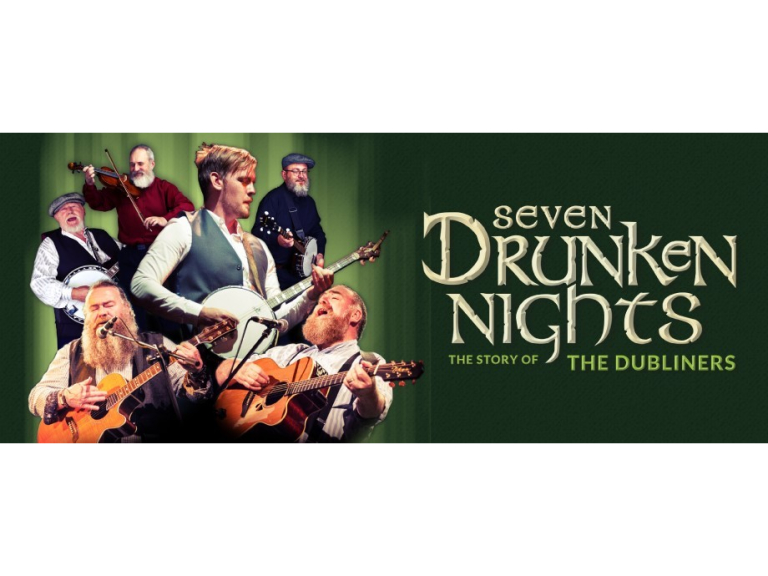 On the 55th anniversary of the controversial release and success of ‘Seven Drunken Nights’ by Irish Folk Legends, The Dubliners, a one-of-a-kind theatre show named after the famous song will bring upbeat Irish craic, music and humour to Oakengates Theatre @ The Place on Friday 7 April.

Seven Drunken Nights – The story of The Dubliners, boasts Ireland’s finest musicians, telling the story of The Dubliners’ career spanning over 50 years. The show will take you on a musical journey through time, transporting you back to O’Donoghues pub, TV appearances and famous scenes and have you clapping and dancing in the isles.

Creator and co-producer Ged Graham said: “Both myself and fellow cast member Billy Barton were born and raised in The Liberties in Dublin and grew up listening to The Dubliners. I don't think that there is any musician in Ireland who hasn't been influenced by their music. The Dubliners hold a unique place in the hearts of not only Irish people but people who love folk music generally and epitomise the image of an Irish Ballad Group.

“There is still a love and respect for the music of The Dubliners. The music may somehow have been diluted over the years but what we wanted to do with the show is bring it back to life and put it in the context of its time. When The Dubliners name was retired in 2012, it sowed the seed for creating a show that would tell the story of The Dubliners, and keep their music alive.

“’Seven Drunken Nights’ is very much an audience participation show. People can expect to hear all of the classic songs of The Dubliners and to feel the energy of the lads at the peak of their performing careers. It will be a guaranteed great night of music, song and craic!”

“The show includes some of Ireland’s most talented musicians, singers and storytellers who bring you a feel good show that will have you singing along from the opening number right through to the last rousing chorus.”

‘Seven Drunken Nights’ is at Oakengates Theatre @ The Place on Friday 7 April at 7.30pm. Tickets priced £20.50 are on sale now and can be booked online at www.theplacetelford.com by calling the box office on 01952 382382, or in person at the theatre or Southwater One in Telford Town Centre. All ticket purchases for shows at Oakengates Theatre @ The Place will be subject to a £2 non refundable administration fee per transaction.