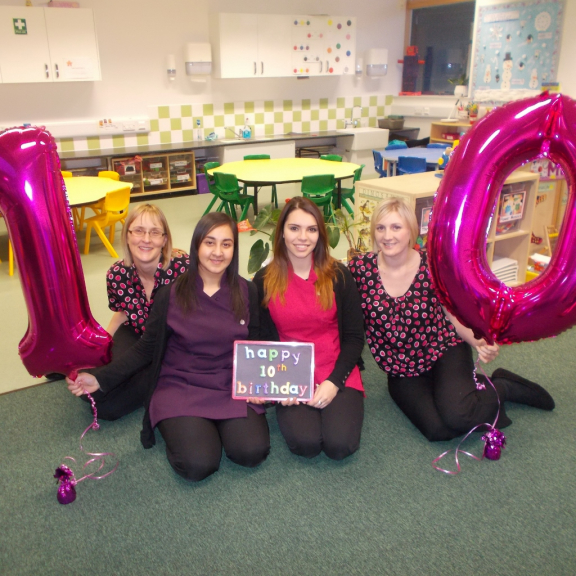 ABC Hadley, based within Hadley Learning Community in Telford, was exactly 10 years old on Saturday (January 7th) but the nursery marked the anniversary throughout the week.

The nursery which caters for children aged from three months to five-years-old is run by Penny Hustwick who opened her first nursery in Wrockwardine 24 years ago.

Owner Mrs Hustwick said it had been an extremely successful 10 years of operations at Hadley and ABC was continuing to develop and offer outstanding service to families.

“Hadley was the third nursery to open in my portfolio which are all now Ofsted Outstanding rated nurseries. It is incredible to think that ABC Hadley is now 10 years old - it only seems like yesterday since we first opened the doors,” she said.

“We continue to maintain the very top level of service to our parents and carers as we take the stress out of childcare for those who need to juggle their time to fit around any number of commitments.

“ABC continues to grow and during the later part of last year we moved down the corridor to new premises within Hadley Learning Centre. That move was carried out over a two-day weekend and enabled us to cater for an increase in demand.

“It also gave us an exclusive play area for the children and a new entrance - having our own access point was very important.

“I’d like to personally thank everyone who has helped make Hadley a success over the last 10 years - especially the gorgeous children who make every day so very special.

“Our children continue to enjoy the very best facilities and the very highest standards in a caring, friendly and homely environment.”