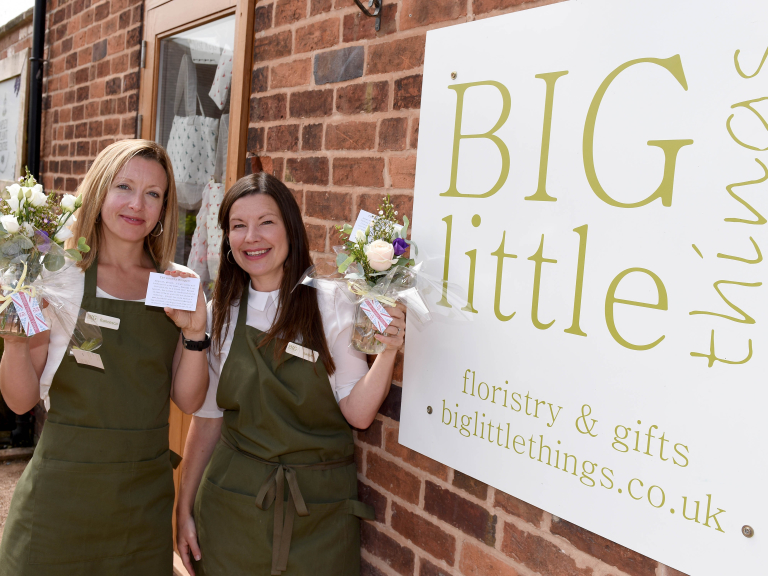 Have you discovered an abandoned bouquet of flowers around Shropshire yet?

Mystery has surrounded the series of posies in dressed jars that have been springing up at locations around the county - and the people behind it have now revealed the reason: they want to brighten someone’s day.

Staff at Big Little Things flower and gift company in Norton, near Shifnal, have specially designed and handmade a number of bouquets to simply give away to make someone smile.

The ‘Lonely Bouquets’ will be left in restaurants, bars, hotels and other venues across Shropshire, waiting to be picked up by whoever spots them first.

Sarah Knowles, from the company based in the courtyard at Apley Farm Shop, said so far they have been well received.

She said: “This year there has been some terrible events across the country and people in Shropshire have been affected, both directly and indirectly.

“These events have been received with great sadness.

“Britain as a country has a very ‘let’s stand together’ attitude and you ask yourself ‘what can I do to help’ or ‘how can I make the world a better place?’

“We were aware of the ‘A Lonely Bouquet’ initiative and thought it fitted in with our own ethos that little things can make a big difference to someone’s day.“We have had our team out spreading flowers across the county, the first one was left in Telford Town Park during the Festival of Giants at the weekend. We haven’t heard from who found it yet but we would urge them to contact us on Facebook. We know it’s definitely  been picked up because we’ve been back and it’s gone.“We also have lonely bouquet cards in the shop if anyone else wants to join us in spreading a smile one flower at a time.”

Big Little Things has been open for 18 months after first selling their British designed products online more than five years ago.They offer gifts as well as flowers and floristry workshops and the team of six staff will be leaving more than ten bouquets around the county until the end of September.

“We were wondering where they are going to end up and who might have them,” she added.

“It was a great occasion to make these bouquets and it’s something we will carry on doing to keep people smiling.

“We would love to know if our predictions were right and urge anyone who picks one up to let us know where and who they are.”

If you want to learn how to make a professional Lonely Bouquet the company will be hosting workshops at their base in Norton as well as Salop Leisure, Shrewsbury, in the coming months.

A full list of workshops can be found on their website  and they will also be part of Christmas gift fairs at Weston Park, Telford International Centre and Dudmaston Hall later this year.

For more information about their products, floristry designs or workshops visit their website, email hello@biglittlethings.co.uk or call 01952 730 614.