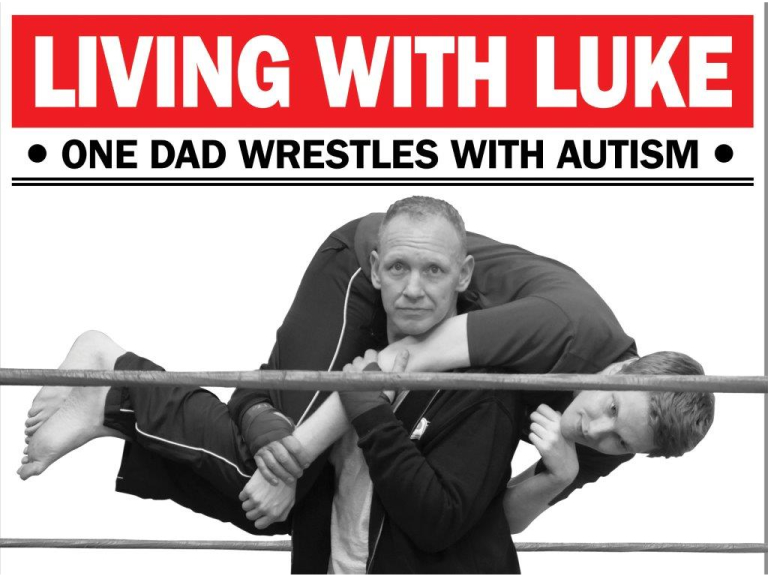 Oakengates Theatre @ The Place is delighted to be hosting critically acclaimed play ‘Living with Luke’ in October, showing the daily struggle that affects those living with a child with autism.

Danson Thunderbolt is no ordinary dad, and his teenage son Luke is not so ordinary either.  For Luke is autistic and the Autistic Shadwo gets between them every single day, making communication a struggle.

So what’s a dad to do? Wrestle the Autistic Shadow, that’s what!

Staged entirely in a wrestling ring and featuring Danson Thunderbolt as himself, this astonishing play has been critically acclaimed since it premiered at The Mercury Theatre in Colchester and now tours nationally for the first time.

A reporter for the East Anglian Daily Times decribes Living with Luke as “one of the most visceral, in-your-face, funny, emotionally-affecting plays I have seen for years”

Living with Luke is on at Oakengates Theatre @ The Place on Tuesday 18 October at 7.30pm.  Tickets cost £15 each and just £10 each for concessions.

The play is suitable for those aged 14+ and contains some language that some may find offensive.