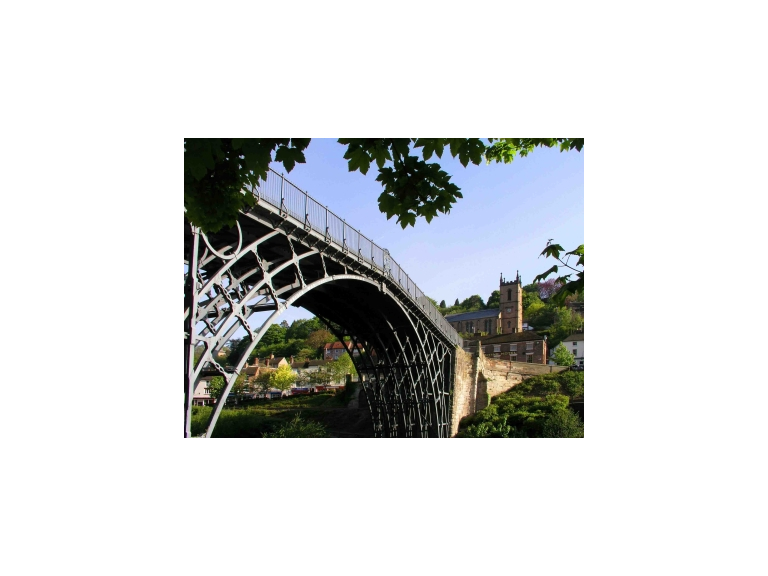 Telford & Wrekin’s Ironbridge Gorge has beaten off stiff competition to be the 2012 most highly recommended UNESCO World Heritage Site in the UK according to the TripAdvisor® traveller community. It also takes second place in the world behind the Historic Ensemble of the Potala Palace, Lhasa, China and ahead of the Egyptian Pyramids and India’s Taj Mahal.

As the birthplace of the Industrial Revolution 300 years ago, the Ironbridge Gorge is still amazing visitors today. Here you will find the world’s first cast iron bridge built over the River Severn in 1779 and ten museums spread along its banks together with restaurants, shops, guest accommodation and a host of attractions.

More than 1.1 million traveller feedback forms were collected in partnership with UNESCO, making this the largest study of its kind ever conducted. Delighted with the accolade, Professor Les Sparks, Chairman, Ironbridge Gorge World Heritage Site Steering Group said; “This is a worthy tribute to the warm reception visitors receive from local businesses and residents of the Ironbridge Gorge, which complements the exceptional beauty and history of the area”.

Commenting on this massive boost to the local visitor economy, Telford & Wrekin Councillor Clive Elliott, lead member for Tourism, said: “We are incredibly proud of the heritage represented by the Ironbridge Gorge and delighted that it has been recognised in this way, supporting the Gorge’s fantastic profile worldwide. “It attracts visitors from all over the globe and we’ve worked very hard to protect, support and promote the area which has now been recognised on the international stage.”

The Gorge was one of the first locations in the UK to be designated as a World Heritage Site by UNESCO in 1986 and since then the Museum has worked carefully with many partners in the Gorge to protect and interpret the remarkable heritage of this unique part of the world.”

3. Palace and Park of Fontainebleau - France

9. Cilento and Vallo di Diano National Park with the Archeological Sites of Paestum and Velia, and the Certosa di Padula - Italy

These UK World Heritage sites are those most recommended, according to TripAdvisor travellers:

“Every one of the 962 designated UNESCO World Heritage Sites is of enormous cultural or natural significance,” said Emma Shaw, TripAdvisor spokesperson. These lists identify the sites that are valued most highly by the millions of TripAdvisor travellers who visit them and therefore, Ironbridge Gorge should be incredibly proud of its position at second place in the world and number one in the UK.”