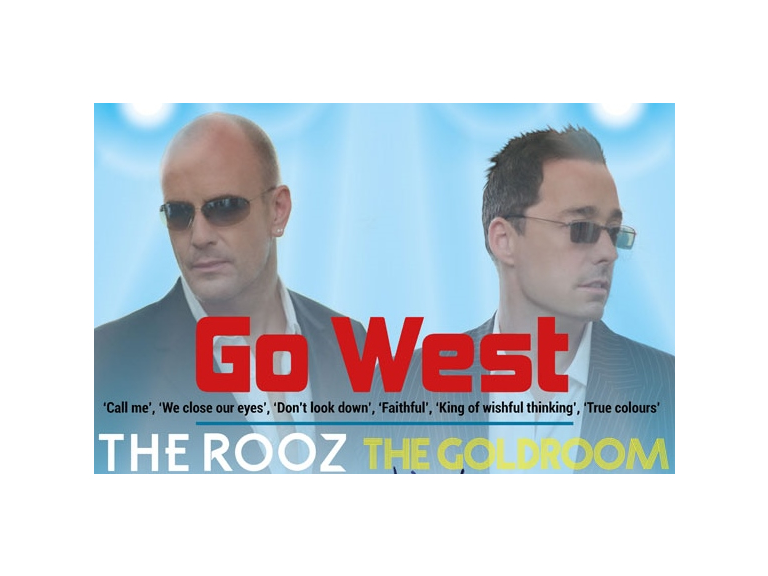 A charity concert for the Ben Corfield Football Fund being held at Oakengates Theatre @ The Place  in September to raise money for sick children is being headlined by 80s pop superstars Go West.

Shooting to fame in 1985 with the single ‘We Close Our Eyes’ Go West continued to release hit singles in the late 80s and early 90s.  One of theit most well known hits ‘King of Wishful Thinking’ featured in the blockbuster movie ‘Pretty Woman’.

Go West will be joined for this charity concert by popular local acts The Rooz and The GoldRoom for a night of great music and dancing.

Ben Corfield was diagnosed with Acute Lymphoblastic Leukaemia in February 2015 at the age of just seven.  Despite the gruelling treatment Ben was positive from the start and determined to get well.

Being passionate about football, from playing to watching, Ben was adamant that illness would not stop him enjoying the game he loves.

The Ben Corfield Football Fund was born out of that love of football and a desire to help raise money for sick children like Ben, the charities that support them and the hospitals that treat them, and in just 12 months over £20,000 has been raised.

And now Ben’s Charity Concert has been organised to boost that fund raising even further while providing an opportunity for people to enjoy a great night out listening and dancing to old music and new, from popular well known group Go West and up and coming local bands The Rooz and The GoldRoom.

Come along and support Ben’s long journey with his illness and raise money for others like him on Saturday 10 September for just £20.

Or for an additional £30 each why not take advantage of the fantastic VIP upgrade on offer.  The upgrade includes a drink in the bar with The Rooz and The GoldRoom, a photo opportunity with Go West and the chance to watch Go West’s soundcheck.

Tickets for the concert can be booked online by clicking here, calling the box office on 01952 382382, or in person at the theatre or Southwater One in Telford Town Centre.

This is a standing concert for those aged 18+ only.