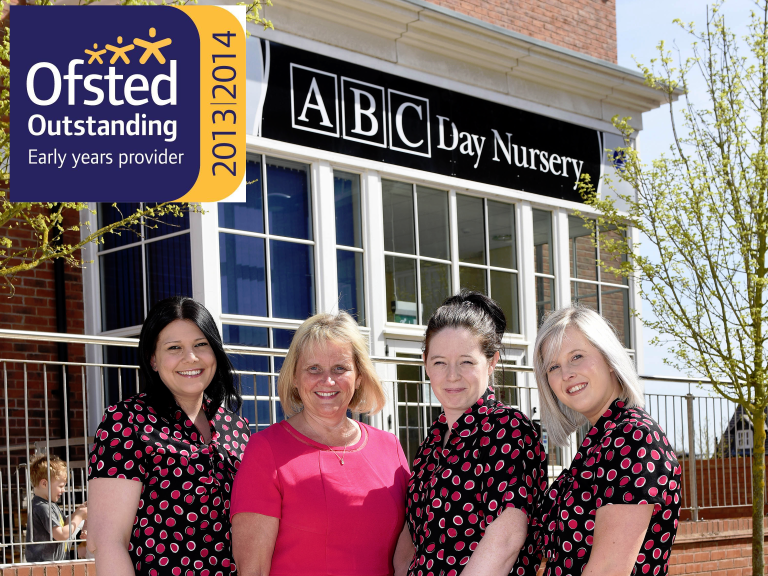 Penny Hustwick, who owns ABC Day Nursery - Nurseries in Telford which has four bases across the town, had urged working parents to sign up for extra free childcare hours due to come into force in September.

But the election on June 8, announced by Prime Minister Teresa May this week, could stall the access to this as industry experts have said it is the ‘perfect opportunity’ to take stock and delay the scheme.

Mrs Hustwick said: “These are the biggest childcare changes in the history of the industry and we have been working hard to prepare for it and ensure parents are prepared too.

“The extra hours are free to parents but for settings it is only a subsidy so there is no doubt that some small nurseries will not be able to cope and this will have a massive impact on communities.

“It could be a real talking point in the election campaign and promises made.  Whoever gets into power - whether it is the Conservatives again or a change of government - there could well changes to the scheme.

“For my team at ABC, it is vital that parents are kept informed and important they know what the changes will mean to them as a family. We are watching the situation very closely.”

Thirty hours of free care during term time - double the current amount - is due to be offered from September for all three and four-year-olds whose parents work more than 16 hours a week and earn less than £100,000 a year.The Government says the scheme has already been successfully piloted in a number of areas across the UK.But the National Day Nurseries Association (NDNA) has said up to one in five of its members is planning to opt out of the scheme because the amount the setting receives from the government is lower than the usual charge.

The NDNA predicts there will be a shortfall in places which could see 50,000 children frozen out.Some nurseries will only offer limited free places or only offer free places on certain days and at certain times.All four of Mrs Hustwick’s nurseries, at Hoo, Hadley, Hollinswood and Lightmoor, are taking part with places offered on a first come first served basis.  All four sites are Ofsted rated outstanding and have a long waiting list - and she is concerned that  families will miss out.“Understandably parents will want to get themselves sorted out as soon as possible,” Mrs Hustwick said.“The new scheme is fantastic for working families and we must not forget that, but it is going to have an impact on the availability of childcare and any delay now will make this even harder.“The proposals could force many nurseries to close, with others having to change their staff structures or alter the childcare packages they offered.“We have sent letters to all of our parents asking for their preferred days and hours and we are working through those requests.“Obviously we are ready to answer any questions and concerns parents might have but the website https://www.childcarechoices.gov.uk/ also offers more information on the changes and eligibility.”Mrs Hustwick said she felt childcare would go ‘full circle’, with many children returning to the playgroup settings which used to dominate the industry in the 1970s and 1980s.She added: “Every month I get a document to read with more than 100 pages of changes to regulations and industry related guidelines and it is imperative these changes are at the forefront of everything.“At ABC we have always been proud of our staff to children ratio and the number of staff with the higher level qualifications and we want to ensure we retain that quality as children and families deserve that standard regardless of Government proposals.”For more information about ABC Day Nursery visit www.abc-daynursery.co.uk/.