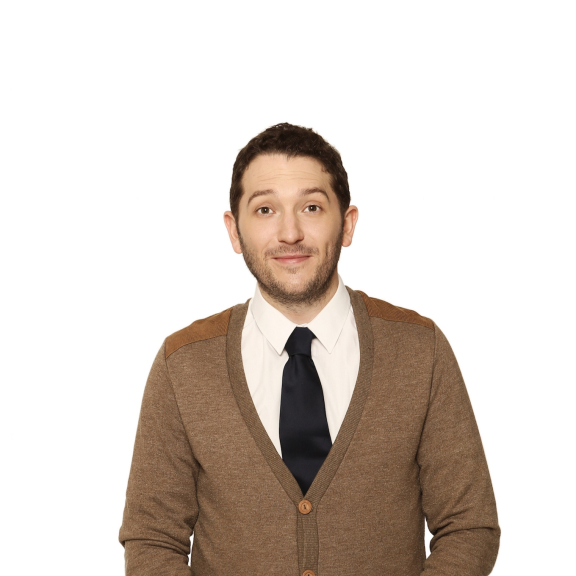 Star of ‘8 Out Of 10 Cats Does Countdown’, British Comedy Award nominee and three-times runner-up in Heat Magazine’s ‘Weird Crush’ poll Jon Richardson is coming to Oakengates Theatre @ The Place as part of a nationwide tour to complain about the state of the world and offer no solutions.

‘Old Man’ is Jon’s highly anticipated return to live stand-up comedy following his 2014 sell-out ‘Nidiot’ tour and will see him visit Telford on Wednesday 10 May.

Since his last show Jon has become a husband and father, seen the UK vote to leave the EU and watched the rise of Donald Trump, all of which leaves him asking one question; Why does it seem that no one else alive can correctly load a dishwasher?

Come and see what Jon Richardson can do with words when he has more than thirty seconds to work with.  Or should that be “with which to work”?

Jon Richardson ‘Old Man’ is at Oakengates Theatre @ The Place on Wednesday 10 May at 8pm. 14+ (Parental Guidance) Likely to be swearing and adult content.

Tickets priced £20.50 are on sale now and can be booked online at www.theplacetelford.com by calling the box office on 01952 382382, or in person at the theatre or Southwater One in Telford Town Centre.