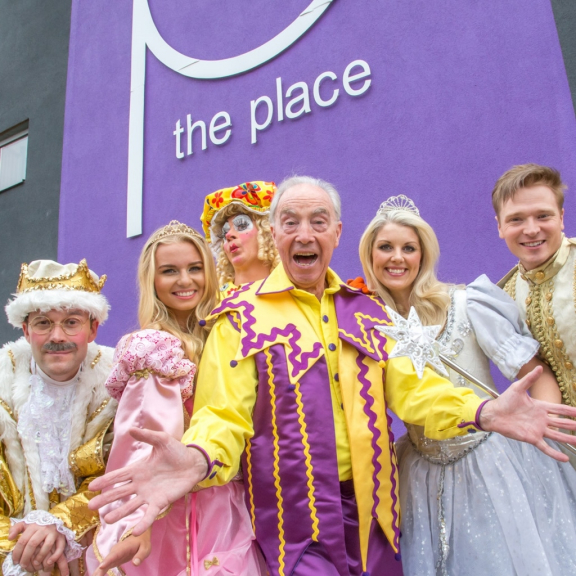 ‘Sleeping Beauty’ stars comedy legend Bernie Clifton whose last pantomime performance in the town was in 2010. Bernie recalls: “It was ‘Jack and the Beanstalk’ and I played the beanstalk! They said they’d never seen such charisma!”

Bernie, well known for his television appearances ‘riding’ Oswald the Ostrich will be joined by Wink Taylor from CITV’s ‘The Sooty Show’ as The King, Theo The Mouse and Wendy Abrahams as ‘The Fairies’, Matt Brinkler as ‘The Prince’, Craig Cowdroy as ‘Nanny Nora’ and Xenna Kristian from Telford as ‘Princess Beauty’.

Wendy Abrahams said: “I’m really looking forward to playing to the audience here. I’m so excited. I just love pantomime because it’s for all ages; there’s comedy, there’s magic, there’s music, there’s dancing, there’s something for everybody. It’s wonderful. It’s my favourite time of the year.”

Xenna, 21, is a singer, dancer and actress from Telford. She said: “I’ve always wanted to be on the stage, ever since I was little I was always singing and dancing. It’s amazing to be in a panto – what an opportunity. I think it’s going to be a real laugh. To be performing with a legend such as Bernie Clifton is amazing.

Sleeping Beauty, produced by Shone Productions, begins on Wednesday 7 December, with shows right up to Saturday 31 December.  A relaxed performance will take place on Friday 30 December at 11am.

Ticket prices for the panto are as follows:

TLC (Telford Loyalty Card) holder discount - £11 each or £9 each for rear tier for performance on Monday 19 December at 6.30pm or Thursday 29 December at 11am.

Tickets are on sale now and can be booked online or by calling the box office on 01952 382382, or in person at the theatre or Southwater One in Telford Town Centre.