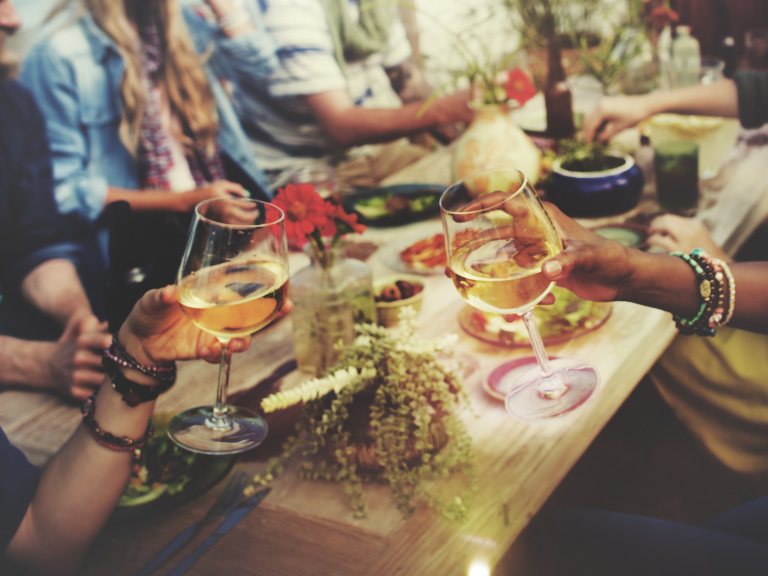 We could all be guilty or taking Prosecco for granted.

It's an 'easy' decision choice for a drink and ticks your fizz boxes for an easy drinking glass of delight.

Thats all OK but wouldn't you like to know more about this amazing wine. It might even make you more appreciative of this glass of Summer bubbles.

THERE IS A TOWN CALLED PROSECCO JUST IN CASE YOU WERE WONDERING.

Yes, originally Prosecco came from the village of Prosecco, a suburb of Trieste.

“prosecco” is actually Slovenian, from the word prozek, or “path through the woods.” Of course due to its popularity it is now made across  much wider area.

SO WHAT ABOUT ITS HISTORY.

The grape which made Prosecco grew exceptionally well in the ancient Roman times in the region and was the basis for Prosecco.

Pliny the Elder—who died in 79 AD—talks of Julia Augusta, “who gave the credit for her eighty-six years of life to the wine of Pizzino. What we now know as Prosecco. So if you are looking for an excuse to have a glass (thats if you need and excuse) you can put it down as an aid to longevity!

ACCREDITATION - PROSECCO NOW HAS A DOC AND A DOCG.

Prosecco has ad these accreditation sinse 2009. DOCG is slightly higher quality (apparently) and much smaller than the DOC.

The wine comes from 15 communes of vineyards, with vines growing in limestone-rich hillsides. Because of the steep hillsides, everything is done by hand. The DOC and DOCG are in Veneto and Friuli.

So the Prosecco grape is called “Glera,” and it’s the one that dates back to Roman times. Proseccco can also be made with Perera, Bianchetta, and Verdiso, and heavy hitters like Chardonnay, Pinot Gris, and Pinot Noir. But Glera’s the original and ancient variety for Prosecco.

Well, one kind of Prosecco can be (the Conegliano Valdobbiadene in the DOCG). But the rest is made in the “charmat” method, which is the “tank method,” where the fermented wine goes through its secondary fermentation in big steel tanks, rather than the bottle. Generally this means less contact with the “lees,” or yeast sediment. In come cases a winemaker might introduce intentional contact to 'lees' to create a certain flavor profile.

WHY PROSECCO IS MORE AFFORDABLE THAN CHAMPAGNE

WHY PROSECCO TASTES SO CLEAN WITH LOVELY FLAVOURS

The tank method might be efficient but that doesn't mean that it cnt produce amazing,complicated and delicious wines.Prosecco is made with highly aromatic grapes, and the “cleaner” tank method allows those aromatics to literally bubble up in the finished product.

The Prosecco was born in 1948 at the famed Harry's bar in Venice where a barman came up with a drink where fresh white peaches were pushed through a sieve, the puree topped with crisp, bright Prosecco. Not had one? you should try one this Summer.

HOW BUBBLY IS YOUR PROSECCO?

Prosecco comes in three levels of Bubbliness (if thats a word and if it isn't it is now). There’s the most bubbly, spumante, the second-most, frizzante, and the entirely still Prosecco which is tranquillo.

PROSECCO DIDNT HAVE BUBLINESS UNTIL THE 1800's

The Romans may have loved it, and Italians continued to love it, and now the world loves it but it wasn’t until Antonio Carpene first subjected the still white wine to a second fermentation and gave it bubbles (YAY! HIC!)