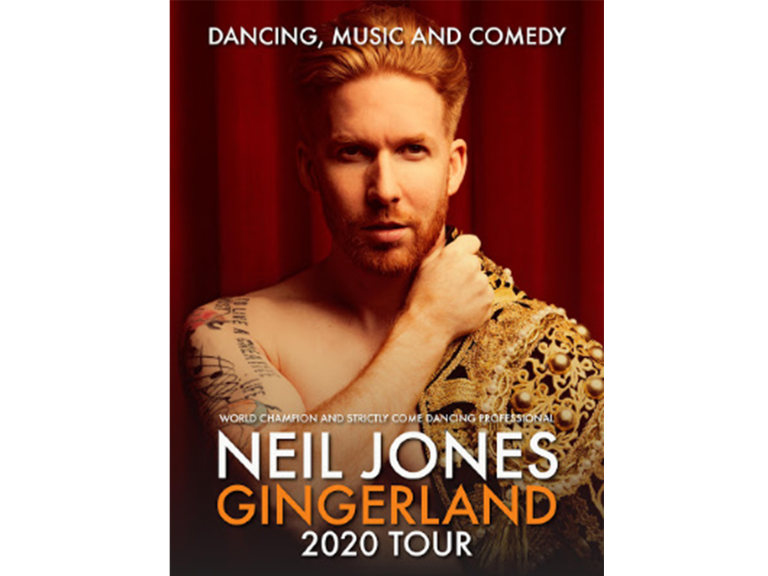 Join Neil as he goes from the back of Claudia’s area to starring in his very own dance show – comedy, special effects and a lot of fantastic dancing.  Neil will show you the real reason he’s a three-times World Champion, eight-times British Champion and well known for his choreography in the World of Ballroom Dancing.

Neil will take you on a journey of what made him unique within the dancing world and introduce you to the people who influenced him as a dancer – who just happened to all be ginger! (including Nell de Jaunse who made an appearance on last year’s Strictly sister show IT TAKES TWO).

Prepare yourself for an unforgettable night.