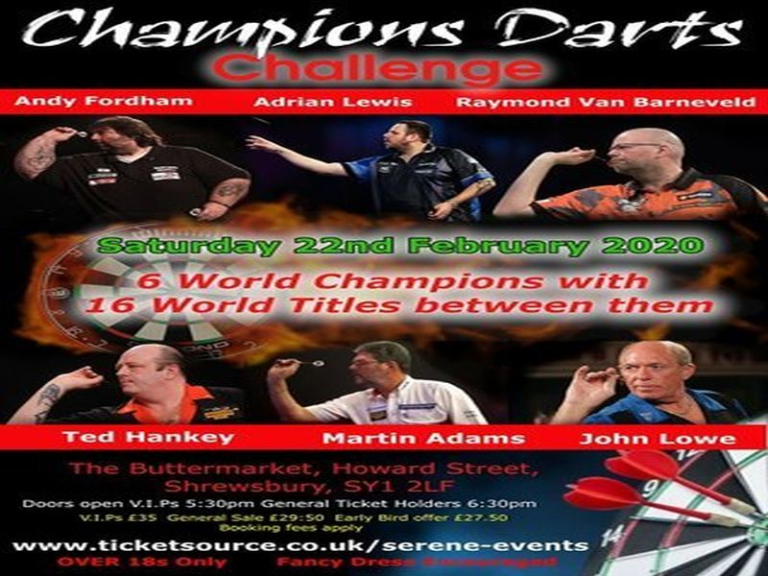 Featuring 6 Former World Darts Champions who will battle it out to see who will become the real Champion.

An amazing 16 World Titles between them.

There will be an opportunity for at least 2 members of the audience to take part in the event, chosen randomly on the night.