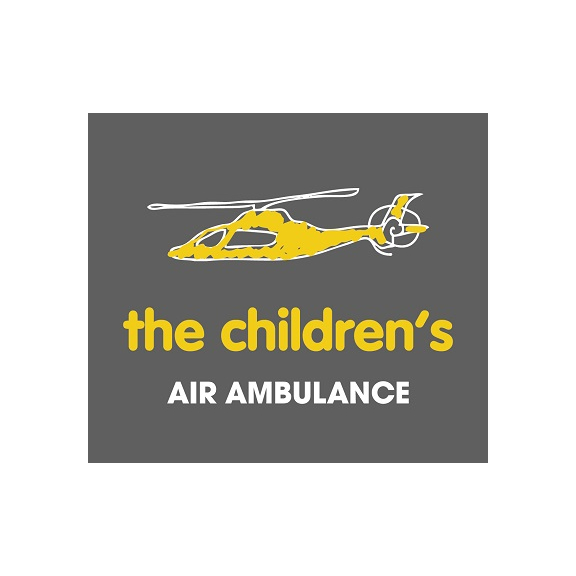 The much anticipated *Children’s Air Ambulance got off to a flying start with its first ever transfer of a neonatal patient from a local hospital to a specialist paediatric care centre.

On the morning of Saturday 11th May, one day old Theo Mikova was transferred on a fifteen minute flight from Scarborough Hospital to Hull Royal Infirmary after complications were revealed at his birth.

After a difficult labour, Theo’s mum Denisa Mikova (19) had to be put under a general anaesthetic in order to give birth to Theo by emergency Caesarean section.  He was born weighing just under 5lbs and was five days late.

Once Theo arrived, doctors realised that he needed an operation on his windpipe, which had failed to join correctly to his stomach and would make him very ill if left. Theo’s dad Lee Ratchford, 26, said: “My girlfriend came round and was still in a lot of pain and we got her into her own little room.  That was when the doctor came and explained to us what was wrong with him and that he needed surgery.  As soon as the word ‘surgery’ came in I started crying and so did Denisa.  But we were assured everything would be alright and that was when we found out that he would be transferred to Hull Royal Infirmary.  We thought we would be going by ambulance but then the helicopter came for him.”

Pilots Shaun Tinkler Rose and Paul Hogan took off in the Agusta 109 Grand helicopter, specially adapted to carry the latest specialist paediatric medical equipment, at 0925 from Coventry Airport.   They collected the specialist medical team from Embrace headquarters and travelled to Scarborough Hospital to pick up little Theo.  Once Theo was on board, flight time to Hull took just 15 minutes. Meanwhile, Denisa and Lee travelled to Hull Royal Infirmary in a land ambulance to join him when he came out of theatre.  Such a swift and efficient move helps reduce stress on both the baby and the parents and quick intervention helps speed recovery.

Dad Lee said of the transfer: “I do appreciate a lot about what The Children’s Air Ambulance did for us.  If it hadn’t been there Theo would have had to wait an hour in the land ambulance with all the shaking around.”

The Children’s Air Ambulance lead pilot Shaun Tinkler Rose said: “We estimated that by road this journey would have taken over an hour.   Our total flight time was only 15 minutes with the patient on board.  As we flew along, we could see congested roads and the difficulty a land ambulance would face especially if it needed to travel in rush hour traffic.  It’s cases like this where every minute can, and does, count.”

After arriving at Hull Royal Infirmary, Theo underwent a tracheo-oesophageal fistula operation and is now recovering well with no expected complications.

Dr Stephen Hancock, Lead Consultant for Embrace in charge of Theo’s care on board said: “Embrace were delighted to work with The Children’s Air Ambulance on their first ever transfer, providing the medical and nursing teams to get this baby to a specialist centre where he could undergo surgery.  All the teams involved have beenworking really hard to get to this point and it is gratifying to see the helicopter in the air.  This service is so vital because quicker transfer times mean that our medical teams are available to look after more critically ill children.”

Alex Toft, Director of Operations and Clinical Services for The Children’s Air Ambulance, said:  “We are incredibly proud of  The Children’s Air Ambulance.  This week sees the culmination of eighteen months of hard work and dedication from our teams to get this aircraft off the ground.  We are a bespoke helicopter transfer service, which will be used to fly children to specialist hospitals so that they can receive the treatment they so desperately need. Taking a child out of the controlled environment of a hospital adds risk, we want to help minimise that risk.

“When a baby or child needs specialist help, the speed at which they receive the treatment is vital.  We have been fundraising all year for this and it is fantastic to see the first potentially lifesaving transfer run so smoothly.  This is the first of many paediatric transfers we will complete this year and our service will make a significant impact on the survival and recovery of hundreds of youngsters.”

*The Children’s Air Ambulance is a unique emergency service in England that helps critically ill children and babies get the treatment they need a lot faster.  The service will now fly children to specialist centres across the country in order to receive urgent treatment, enabling them to have the very best chance of survival and recovery.

The Children’s Air Ambulance also flies specialist paediatric medical teams and equipment to children, such as the Extra Corporeal Membrane Oxygenation Team (ECMO) from Glenfield Hospital in Leicester who have completed 4 flights with The Children’s Air Ambulance since December 2012.  Glenfield Hospital is the only hospital in the country to provide a mobile ECMO service, which is used when a patient has a life threatening respiratory condition, which prevents their lungs from working normally.

The Children’s Air Ambulance will now begin transferring children suffering from life threatening conditions such as neurological emergencies, severe meningitis and major organ failure from local hospitals to specialist Paediatric Intensive Care Units so that they can get the treatment they urgently need as soon as possible.  In cases where children are too ill to travel, The Children’s Air Ambulance will fly the specialist care teams and equipment to the child.

The Children’s Air Ambulance is entirely funded by donations from members of the public and receives no National Lottery or Government funding.   The charity needs to raise £134,000 per month to continue operating.   The Children’s Air Ambulance is the first and only dedicated service of its kind in England and will be helping some of the 5,800 children who currently need transferring which undertaken by road to specialist care units every year.

For more information about The Children's Air Ambulance visit: www.thechildrensairambulance.org.uk

and for information on Embrace visit: www.sheffieldchildrens.nhs.uk