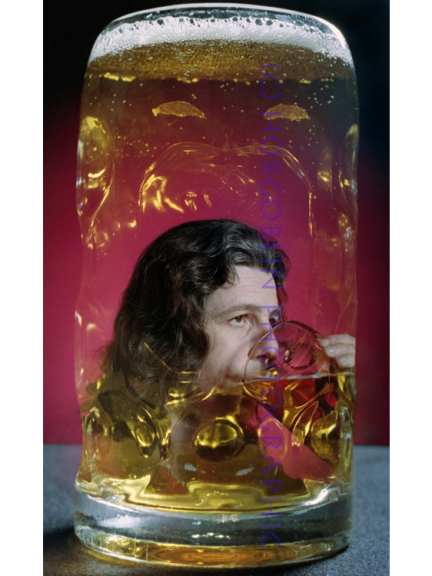 It is the final run up to Christmas, there are parties galore and it is easy to lose track of the amount of drinks consumed and what strength they may be. It is easy to think that nobody in their right mind would even consider driving after drinking but sadly, that is not the case. During December 2012,100 people were arrested for being over the limit whilst driving in Portsmouth and the Isle of Wight.

SO WHAT EXACTLY DOES THE LAW STATE IN THE UK?

SO EXACTLY HOW MUCH CAN I DRINK AND STAY LEGAL TO DRIVE?

Ideally, completely avoiding any alcohol is the only way to be absolutely safe! There is no fool-proof way of drinking and staying under the limit. The amount of alcohol you would need to drink to be considered over the driving limit varies from person to person. It depends on:

Your gender (men tend to process alcohol faster than women)

SO WHAT EFFECT DOES ALCOHOL HAVE ON DRIVING?

Many of the functions that we depend on to drive safely are affected when we drink alcohol:

The brain takes longer to receive messages from the eye

Instructions to the body's muscles are delayed resulting in slower reaction times. You can also experience blurred and double vision, which affects your ability to see things clearly while you are driving. And you're more likely to take potentially dangerous risks because you can act on urges you normally repress.

SO HOW WOULD I BE TESTED FOR DRINK DRIVING?

Even small amounts of alcohol affect your ability to drive and the only safe advice is to avoid any alcohol if you are driving. If the police want to investigate whether you are over the drink driving limit, they will carry out a screening breath test at the roadside. To do this, they will use a breathalyser. If you fail this test, or if they have other grounds to believe that your driving was impaired through drink, you will be arrested and taken to a police station. At the station you will need to provide two more breath specimens into a complex breathalyser, called an evidential breath testing instrument. The lower of the two readings is used to decide whether you are above the drink driving limit. If the evidential breath sample is up to 40% over the limit you have the right to replace your evidential breath specimen with blood or urine - the police officer will decide which test you will have. If your evidential samples show that you are over the limit, you will be charged. The police can carry out a breathalyser test if you have committed a moving traffic offence (such as banned turns) been involved in an accident, or have given the police grounds to believe you are over the limit. The police are allowed to stop any vehicle at their discretion, and will often set up drink driving check points over periods such as Christmas and New Year's Eve.

WHAT CAN I EXPECT IF I AM CAUGHT OVER THE LIMIT?

Anyone caught over the legal alcohol limit when driving will be banned from driving for at least 12 months, and fined up to £5,000. You can also be sent to prison for up to six months. Imprisonment, the period of disqualification and size of fine depend on the seriousness of the offence. If you're caught drink driving more than once in a 10 year period, you'll be banned for at least three years.

HOW TO MAKE SURE YOU AVOID DRINKING AND DRIVING.

If you live somewhere with good public transport links, take advantage of them. If you're planning on staying out beyond the last train or bus, make sure you've got a couple of taxi numbers.

If you have no option but to drive, stick to zero alcohol beers, mocktails or standard soft drinks.

Not every night out has to involve a bar or pub - book a table at a restaurant or try alternative alcohol-free nights on the town ideas.

SO WHAT ABOUT THE MORNING AFTER? TAKING THE RISK.

Research has found that more than half of young drivers and over a third of older motorists are risking lives by driving first thing in the morning after drinking a lot the night before. While far fewer people are taking the risk of drink-driving at night, more are getting into their cars in the morning, many without realising they could still be over the legal limit to drive. The research suggests people are failing to understand that just because you've been to sleep, it doesn't mean you're no longer affected by alcohol. Many drivers who would not consider driving after a night in the pub fail to recognise the influence of alcohol on their body the next day, or simply choose to ignore its effects.Drivers need to take responsibility and use alternative means of transport after a heavy night drinking.

WILL I SLEEP IT OFF?

Whether it's okay to drive the next morning depends on how much you've drunk and if you've left enough time for your system to get rid of the alcohol. The amount of alcohol in your bloodstream depends on factors such as, the amount you take in, over what period of time and the speed at which your body gets rid of it. In general, alcohol is removed from the blood at the rate of about one unit an hour. But this varies from person to person. It can depend on your size and gender, as men tend to process alcohol quicker than women; how much food you've eaten; the state of your liver, and your metabolism (how quickly or slowly your body turns food into energy). Imagine you're drinking until three or four in the morning and you wake up at 8 am...If you've had six or seven units, you could still have several units of alcohol in your body when you start your day. This is because your body can only process around one unit an hour. With several units of alcohol still in your body you would still be over the drink drive limit.

CAN I SPEED UP THE PROCESS?

There's a mixture of mechanisms at work when your body processes alcohol, mainly enzymes in your liver doing their job of breaking down alcohol. This process can take longer if your liver is damaged or not working normally. There's nothing you can do to speed up the rate alcohol leaves your system. Having a cup of coffee or a cold shower won't do anything at all to get rid of the alcohol...they may make you feel slightly different, but they will not have eliminated the alcohol in any way.

If you're thinking about driving the morning after you've been drinking, it's best to consider how much you had, and how late into the night it was before you finished your last drink. Remember, the strength of different drinks can vary greatly. Some ales for example are 3.5%, but stronger continental lagers can be 5% ABV, or even 6%. White wines vary from around 8% to 15%. There's no fail-safe way to guarantee all the alcohol you've drunk has left your system, so it's important not to take risks. When you're under the influence of alcohol at any level, the skills you need when you're driving, such as hand eye coordination, are impaired to some extent. You're more likely to have an accident. As well as the legal reasons, there are common sense reasons: you don't want to be out on the road and putting yourself and others at risk.

IF YOU ARE GOING TO BE DRIVING THE NEXT DAY....

Drink within the daily unit guidelines the night before

Stop drinking alcohol well before the end of the night so your body has time to process the alcohol before the following morning.

CHEERS TO A SAFE AND HAPPY CHRISTMAS AND NEW YEAR IN PORTSMOUTH!