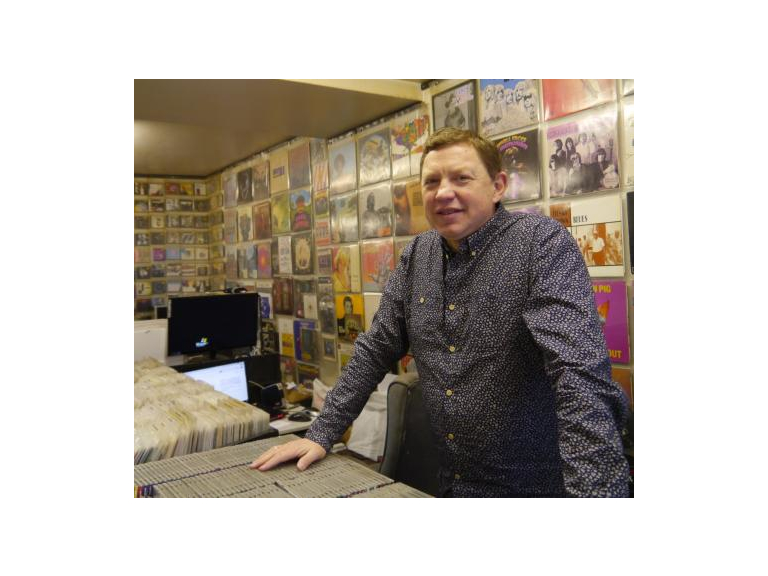 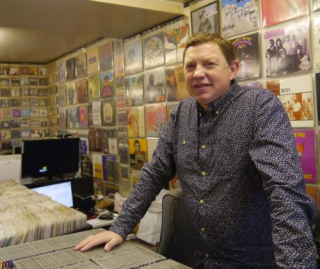 It’s rare that you meet a guy who truly loves what he does.

I had the pleasure of meeting Nick Courtney this afternoon to discuss the fantastic summer of music we have to look forward to over the coming months. We met in his shop, Sweet Memories Records on Fratton Road, which is a stunning treasure trove of music. Interspersed with drapes of Bob Marley and Freddie Mercury, It’s walls are bedecked with LP’s from a huge range of styles and tastes and your eyes are draw from each fantastic LP art to the next. As a music lover, it was a real sight and clearly a labour of love for Nick.

Personally, I’ve known the name ‘Nick Courtney’ since my 20’s, from spending evenings in the Barn on Milton Road, attending his open Mic nights. Since those days, almost every single live music event I seem to attend within our city, I see his face, in the middle of a crowd, thoroughly enjoying the act on stage. It’s this infectious love of music, which was very apparent during our conversation, which I’ve concluded is the reason why Nick is the most recognised music promoter in the city.

We met to discuss the regular summer of music we have grown so accustomed to in Portsmouth, ranging from the music nights at Pubs like Little Johnny   on Albert Road to the summer bandstand on the seafront and his involvement in festivals such as Pride and Victorious. With the launchof Thebestof Portsmouth (www.thebestof.co.uk/local/portsmouth) and its capability to promote all of Portsmouth’s live music events in a single site, I outlined to him how we wanted to have a single community site where everyone can go to find out which acts are on, which nights and in which locations. We discussed the difficulties and challenges he has utilising tools such as Facebook and the sheer volume of work involved in the successful promotion of live music. He mentioned working tirelessly for the last three weeks on the promotion of Portsmouth Pride on the 18 th of June (which incidentally was a really great day out), the constant battle he has with Facebook to maximise the exposure he desires for each of his artists or events (a battle he assures me he is winning), whilst making sure his continually fuels his personal love of live music by attending the Isle of Wight festival over the weekend. The man is a trooper, driven by guitars riffs and counter melodies!

I was under the impression that Nick had interests in the majority of live music in Portsmouth, however he quickly dispelled that. He very quickly highlighted that there is so much more in Portsmouth which doesn't get the exposure it truly deserves. He talked about Portsmouth having two musical regions, one based in North End and the other in Southsea and the fact that seem to see a lot of the same faces in the same locations, and so many superb live music venues which he is not involved in which he would fully endorse as great nights out. Stating that you could go to a live gig every single evening in Portsmouth seems like the type of challenge worth proving right!

Away from his regular promoted events such as the Acoustic Sessions every other Tuesday, and the Victorious Sessions every Thursday at Little Johnny Russells on Albert Road, he spoke about the live music at the Marmion in Southsea and the Pellham Arms and the Phoenix in the North of the City. Locations I was unaware of and will certainly be exploring in the near future.

Nick became well know for his open Mic nights at the Milton arms on Milton road, however with the change of culture around 6 years ago (I have friends who tell me there are some superb DJ’s played recently) he moved it to the RMA in Eastney. Now Nick is no longer involved in the open mic night events, and after discussing the events and projects he is involved in you can see why. Just over the past year he has successfully undertaken the operation and promotion of the regional auditions for both the X Factor and The Voice UK, as well as auditioning the majority of the acts for the Victorious Festival, where he’s seen over 1000 acts for this year’s event. He’s organised the music for Portsmouth Pride, The Portsmouth Summer Show, Portsmouth Beer Festival, as well as knowing he has the Fratton Road family festival looming on the calendar. At the same time, he’s working with local artists and bands such as Rhythm of the 90’s (voted one of the top 5 acts of 2015 festival season), Marley Blandford (winner of the wow24/7 award for best live artist) and Jerry

Williams (who is supporting with Take that this year at Hyde Park!) and feels that Portsmouth should know more about these fantastic musicians. 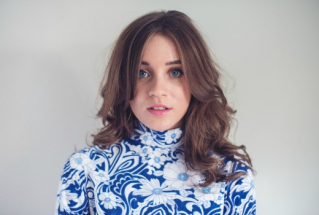 (Local artist Jerry Williams will be supporting Take That this year in Hyde Park).

As well as a Record Shop Owner and Music Promoter, Nick is known for his support of the local community, and has significant involvements in the Fratton Road Traders Association and Peoples Plan for Southsea. He was instrumental in making sure that the Arches in Old Portsmouth were given the go ahead, and South Parade Pier was undertaken by people who had the Piers best interests at Heart. The clear progress being made on the Pier and Arches is a testament to Nick’s hard work, belief, being the voice of the community when needed.

So the message is clear. Get out and see some of the superb live events going on this summer!