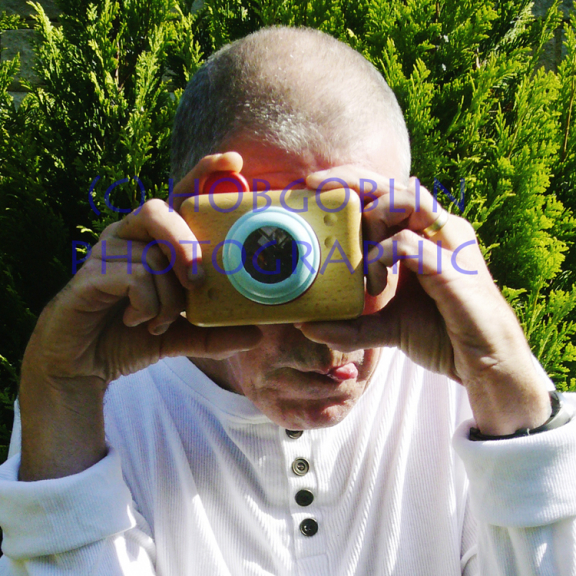 Smartphones have slowly but surely been replacing just about every other gadget that we use. I don't have a tv, a calculator, a landline, or an mp3 player because my 'phone can pretty much do all of those things just as well or better than the other gadgets could - plus, there's the convenience that I only have to carry one device with me. In fact, I pretty well don't take anything else with me anymore except for my 'phone. However, there is one thing that I still feel is way superior to anything my phone could do, and that's my digital cameras.

This is to be expected for me personally, however, as I do a lot of professional photography. I don't usually take my camera with me everywhere, but when I'm at a special event I always take a camera. At 14-megapixels, it might only be a few megapixels above what some of the top-tier flagship 'phones currently have (13-megapixels), and even below other flagships (like Sony's Xperia Z1 with a 20.7-megapixel camera), but it always manages to come out ahead in quality. As it stands right now, most cameras have no problems holding their own when compared to the camera of a smartphone. But as smartphones begin to focus more and more on how to include a better camera, I wonder how much longer this statement will hold true.

I really noticed the increase in smartphone camera quality when the Lumia 920 came out. The Lumia was consistent through every smartphone camera shootout review in being the best of the best. It somehow managed to capture the cleanest images, and even the best low-light photos at the time. Windows Phone had never been so popular until the Lumia came out, and I'm fairly certain it had something to do with the great reviews the camera was getting. The Lumia 920 was also the first phone that made us as consumers stop and think: Why is this phone with the same 8-megapixel camera as everybody else is doing so much better than other phones with 8-megapixel cameras? Most would point you in the direction of the advertised Carl Zeiss lens as the reasoning behind the better photos, but to the average consumer that doesn't really explain a whole lot.

The arrival of the HTC One gave a little more insight on what makes a great camera so great - it's not necessarily the megapixels, but instead the size of the sensor. When the HTC One was announced that it would arrive with a 4-megapixel "UltraPixel" camera, more than a few eyebrows were raised. HTC already knew there would be questions asked. There was already an explanation prepared for the drop in megapixels, the very thing we believed to be the reasoning behind smartphone cameras getting better. It's not about megapixels, they said. It's about the sensor, it's about the other stuff that makes up a camera. A camera is more than just megapixels-the sensor size is very important as well.

In my opinion, digital zoom is probably the only thing standing in the way between the quality of today's smartphone cameras and digital cameras. Without purchasing a niche phone like the Galaxy Zoom, or a niche accessory like the Sony Lens Camera, you're probably not going to have a good time when you need to zoom. The only phone that manages to work its way around the issue is the Nokia Lumia 1020, with its 41-megapixel camera. Although it seems like it would be a long time coming before other phones are able, or are even interested, in catching up to the likes of the Nokia 1020, it is interesting to know that there is a way around the pixelated, ugly digital zoom issue that plagues most smartphones. It makes me think it won't be too long now before smartphones overtake, and even become the preferred method of taking photos.

Smartphones aren't anywhere near ready to take on cameras on a professional level, but on a personal level I can see there being a huge drop in sales for compact digital cameras. I already don't use mine as often as I used to, and I imagine with each smartphone upgrade it will eventually prove itself more and more useless each time.

Even some of the leading picture libraries are accepting pictures taken on a smartphone, albeit mainly for news shots. It will be some time before I personally give up on my cameras but for the majority of people, the quality is at a stage where it is more than acceptable for what they want to use the pictures for.