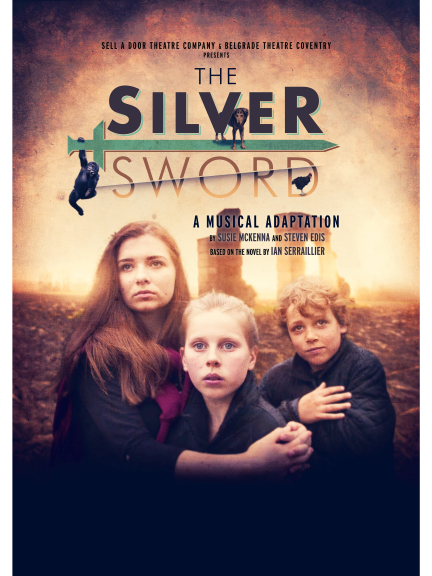 Calling all aspiring young actors looking to take to the stage!
For Immediate Release: August 2015
Producers of the upcoming musical adaptation of The Silver Sword at New Theatre Royal in Portsmouth are looking to recruit aspiring actors to join their cast.
Based on the popular children’s book, the heart-warming tale of The Silver Sword is set in Poland in the aftermath of WWII and follows three children whose determination to become a family again takes them on an incredible journey to find their father.
Four 16-year-olds are needed to play the part of school children in several scenes within the show, which runs from the 19th – 21st October. The roles will be voluntary, non-speaking parts, but will present a fantastic opportunity to build acting experience and be part of an exciting stage production at the recently refurbished New Theatre Royal.
Entrants are asked to provide a short video clip introducing themselves, stating their date of birth and height, as well as showing a full length shot and a headshot. All video clips should be sent to: takepart@newtheatreroyal.com by 21 September 2015.
Young actors might also be interested in joining New Theatre Royal’s Youth Programme that launches in September 2015. The programme offers children between the ages of 5-18 an opportunity to take part in weekly workshops at the brand new Minghella Studio, learning from top professionals in the industry.
For more information please visit www.newtheatreroyal.com.
More