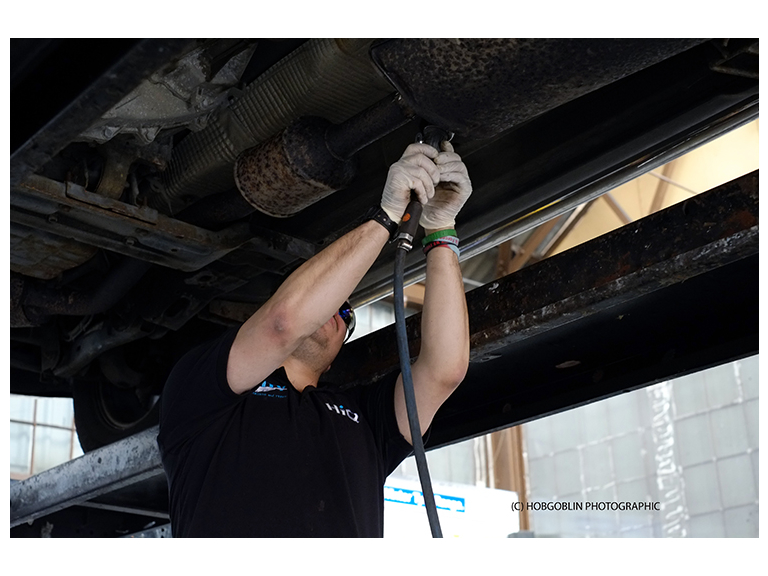 Replacing the exhaust system on a car is seen as a pretty straight forward task that all of us car owners have to undergo at some point unless you are one of the owners that regularly buys and sells on new cars.

As an owner of a fourteen year old car, it was inevitable that I would need to replace the exhaust system at some point and it chose to start blowing a few months before the MOT was due.Why do I run a fourteen year old car?Quite simply, it is a Jeep and the model that I particularly like and this was one of two years of manufacture that is reputedly the best for this model and in my experience, is probably correct.The fact that it is American made doesn't help in getting hold of spares, usually aftermarket and expensive - sometimes I think it would be more cost effective to fly to the States and stock up and ship them back!

I did the rounds starting with the national chains and most couldn't help, unavailable, apart from one....who quoted a ridiculous price in the high three figures....I got the impression that they set the price according to a sliding scale of how rich/stupid they perceive you to be.I ended up finding one supplier on Ebay that hand makes stainless steel systems to order for £250....less than half the quote from the national chain for just a back box!Prior to ordering, I took a screen print and having looked around Portsmouth at the various exhaust fitters, I approached City Tyres And Exhausts on Goldsmith Avenue.Very friendly and helpful staff who confirmed that this system was what I needed so I duly ordered it from Ebay.After it arrived, I booked the car in for it to be fitted the following day.

It goes without saying that due to the helpfulness of the knowledgeable staff at City Tyres And Ehaust and the well equiped and impressive workshop, they were the people who got the job to fit it! Watching the guy struggle to remove the old system was a bit of an eye opener but no surprise as the old exhaust was the original fourteen year old system and was firmly baked and rusted into place! However, once removed the new system was fitted in no time and the Jeep sailed through the MOT, happy days!!

I am now a happy customer of City Exhausts And Tyres and will be calling again when the need arises for tyres....although the exhaust will probably outlive the car!