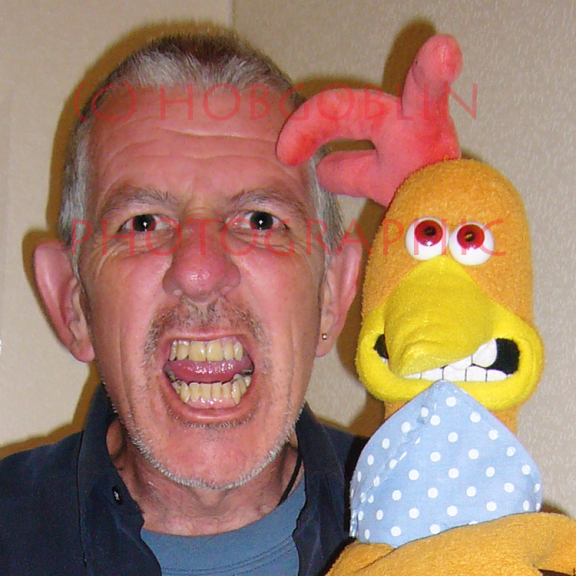 Tired of turkey? Be brave this year and try something different with our ten alternatives to the big bird !

1)GOOSE. Once upon a time this was the bird of choice even for a poor family like the Cratchits in Dickens' A Christmas Carol. Of course there have always been die-hard goose eaters, but each year more people are turned on to it - great news for small producers across Britain who rely on the extra seasonal income. One common complaint of goose is that it's a fatty bird, however, prick the skin well and it will drain out leaving you with what's purported to be the best fat to roast potatoes.

2)DUCK. Fans of Fawlty Towers will remember Basil's attempt to attract a better quality of clientele with a night of gourmet cooking. Unfortunately his offer of duck with orange or cherries speaks volumes as to why we've fallen out of love with waterfowl; sticky, cloying sauces (even boil in the bag versions) - no wonder most people's experience of duck today is Chinese. Drop the citric sauces, roast it simply and one duck will make the perfect Christmas dinner for an intimate gathering of four people.

3)OSTRITCH. Contrary to popular belief, ostriches do not bury their heads in the sand. You, on the other hand, may well want to if the idea of yet another plateful of dry, overcooked turkey is too much to bear! Ostriches can be found right the way from Cumbria to Devon and there is an increasing market for the bird.It does not taste like chicken and has been likened to good quality beef fillet and as such it requires very little cooking. A 2kg 'fan' fillet only needs an hour in the oven and will be plenty for 8 people. Ostrich Wellington, anyone?

4)EXOTIC MEAT. Talking of wild meat, how does python sound for Christmas? Or camel? Crocodile? Even kangaroo? It seems the world really is our oyster these days and, while the South Downs aren't yet home to roaming wildebeest, it doesn't mean you can't have it on your plate. There are several suppliers of exotic meats in the UK and they argue that their animals are free ranging and provide a leaner, healthier meat to standard fare like lamb and beef. If you're the kind of person that likes to surprise your guests then this is definitely an option for you.

5)FISH. In Italy, particularly in Sicily and the south, Christmas Eve is just as special as Christmas Day as it represents the Vigilia di Natale or 'the eve of being born'. Since meat is not eaten till after midnight mass, a feast of fish is prepared. Tradition has it there are seven types to represent the sacraments. Eels are highly sought after and squid salad is popular, but what is actually eaten depends on availability and cost. For a meat free Christmas Day why not bring a little European culture to your table? Pick your seven and either do the Italian thing or create your own dishes.

6)LAMB. One of the trendier meats to have on your plate is salt marsh lamb. It's a regional speciality reared across Britain from Cambridgeshire to the Gower, Morecombe Bay to the Somerset Levels, and is in season till December. The sheep graze on salt resistant grasses and herbs that contribute to its distinctive flavour as well as leaving it enriched in vitamin E and Omega 3 oils. Ask your butcher if they stock it or go online for farms that do home delivery.

7)BOAR. Used to be that you couldn't move for men hunting wild boar in our woods. A large head served up on a platter would often be the star attraction at a Medieval Christmas feast. But then they were all gone. Amazingly several hundred years later wild boar can once again be found roaming the woodlands thanks to the Colditz spirit of a few who escaped from wildlife parks and boar farms in the 70s and 80s. According to the government, without culling they may well become established across England. But if you don't fancy hunting one yourself there are plenty of suppliers!

8)VENISON. It used to be that only Lords and Ladies were offered deer, enjoying the meat but leaving the offal for the peasants to make humble pie. Nowadays even us hoi polloi can get hold of a good roasting joint for Christmas. It's very lean meat and, according to venison experts, it's the only red meat in the UK where consumption is growing. So if you're planning to lord it over your neighbours this year, go for a haunch or the saddle and serve pink. It's not uncommon to see small cuts of venison in your supermarket or butcher but for large joints a quick search online will quickly point you in the right direction

9)BEEF. There's nothing like the smell of roasting beef to get you in the mood for a big family meal. Everything about the look of a massive fore rib, squatting in the middle of the table surrounded by an entourage of side dishes, declares feast. And raising prime quality cattle is something that us Brits do very well; Dexter, Red Poll, Belted Galloway, Aberdeen Angus - we've certainly got the breeds to prove it. If you are going to go to the expense of splashing out on a fore rib or sirloin then make sure you go to a reputable butcher. There are plenty of Q Guild of Butchers in Portsmouth and they set the standard with members really knowing their stuff when it comes to the hanging and cutting of meat.

10)VEGETARIAN. Let's just step away from the prospect of roasting animals for a brief moment and concentrate on a vegetarian dinner. It wasn't that long ago that Christmas used to be something of a domestic minefield, and a plate of everything bar the turkey was the most veggies could expect - until the invention of the nut roast, that is. But, as this became the universal answer to the vegetarian question, it too soon became loathed. Fortunately times have changed and there are plenty of great Christmassy recipes available. It'll definitely be cheaper than cooking meat and with the money saved why not add a few extra special ingredients like a flourish of black truffle?