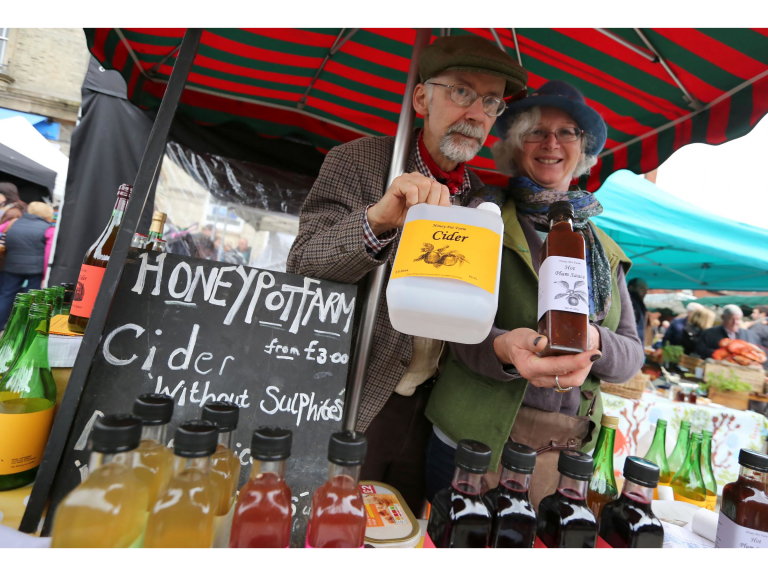 DELICIOUS aromas filled the air at the biggest-ever Wimborne Food and Drink Festival on Saturday.

A huge range of treats was available at sites throughout the town including Willow Walk, The Square, Minster Green, Mill Lane, the Corn Market and in the car park of the Rising Sun at East Street.

The event, featuring local producers and suppliers, attracted thousands of people and showcased the variety of good food on offer in Dorset.

See all of the pictures here.

Local cheese, meat, ice cream and cider were among the items up for sale and the rest of the world was represented with items on the menu including burritos, crepes, pizza and tasty burgers.

Among the food stalls were a range of local crafts, including wood carvings and jewellery, and there were old-fashioned fairground rides and story-telling sessions for the children.

Live music was also on the menu, as were cookery displays in the Neff demonstration area and a variety of competitions and charity stalls.

I work with the team at thebestofPoole and thebestofbournemouth as a social engagement co-ordinator and I love it!

Motor Man Saddles up for Charity Bike Ride
Sign up for offers
Sign up for what's on guide
Popular Categories
By clicking 'ACCEPT', you agree to the storing of cookies on your device to enhance site navigation, analyse site usage, and assist in our marketing efforts.
For more information on how we use cookies, please see our Cookie Policy.