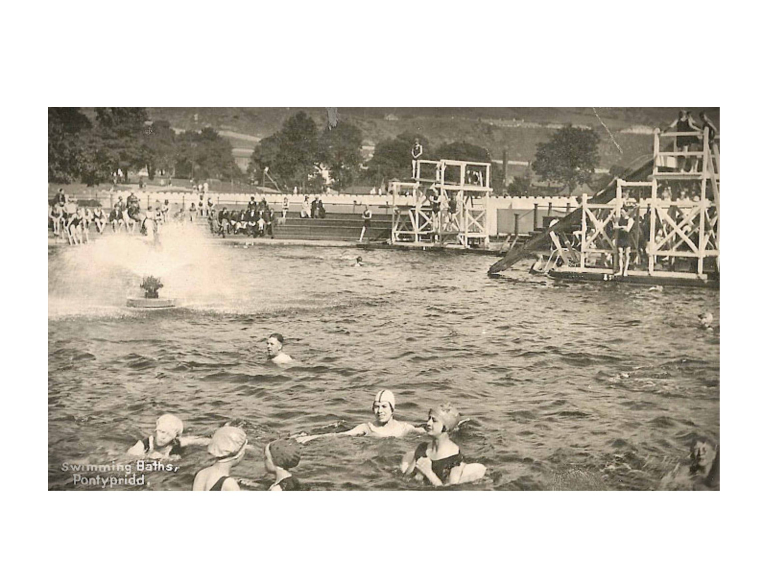 Some of you may remember when the Ponty Lido once again opened it's doors again to the public in 2015 but did you know that the Lido is actually 90 years old this year!

Built in 1927 nestled in the beautiful Ynysangharad War Memorial Park and affectionately known as the 'Ponty Baths', it was the second largest open air pool in South Wales.

It was created in a Roman-villa style and had fifty changing boxes that ran along the outer edge of the baths and seating was provided for spectators. Two fountains formed part of the pool which pumped clean fresh water in. 600,000 gallons of water was pumped through each 24hours.

It was at Lido Ponty that great swimmers like Jenny James and Roy Hunt learned their craft, whilst generations of families came from far and wide to enjoy it's facilities. One regular was local rising star Sir Tom Jones. The Lido has now been granted a Grade-ll listing by Cadw.