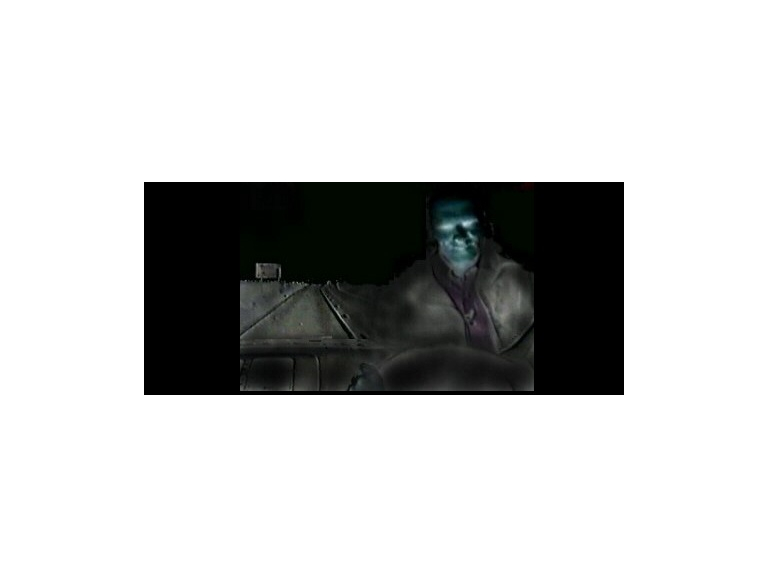 To believe or not to believe! This ghost investigation caught my interest on the weekend a/ because it's local and b/ it involved Richard Madeley (Richard and Judy). Long story short, this phantom appears on a stretch of road in the fens and no-one can quite work out whether he/it is warning speeding motorists or terrorizing victims. I do realise I'm sounding a little flippant here but if you actually read some of the genuine accounts especially Kevin's you may feel a little frisson of fear. In fact my gung ho bloke wants to go riding down the 'freeway' at two'oclock in the morning to see if anything appears. He thinks it will make for a fun Halloween night! This is Kevin's description of the spectre "....the skin was olivey-green. It had a pitted face. I could see the teeth. I could see everything. One hand was up. From the neck down was a sort of - on a photograph when you photograph someone with a flash on - it's too bright, you get that white fluorescent look" The ghost appeared as a white shadow initially and then the face was at the windscreen. In any event, the whole 'happening' certainly seemed to have shaken Kevin and interested This Morning's investigative team to take a closer look at Ruskington and this particular stretch of the A15. You can read a more detailed account here so you can make your own mind up as to the validity of the Ruskington Ghost!

Hi there, welcome to my blog site. I will try to bring you up to date with whats going on out there in Newark and surrounding areas.

The Run of Respect and Tribute to the Troops.
Sign up for offers
Sign up for what's on guide
Popular Categories