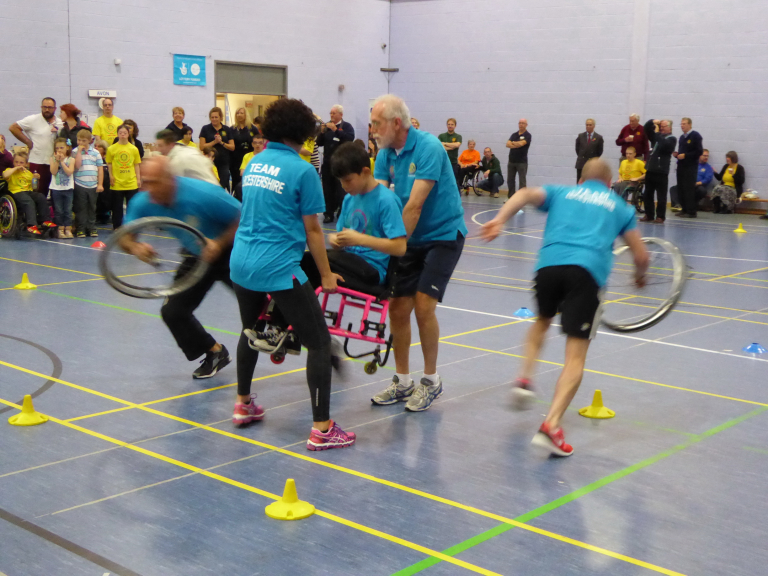 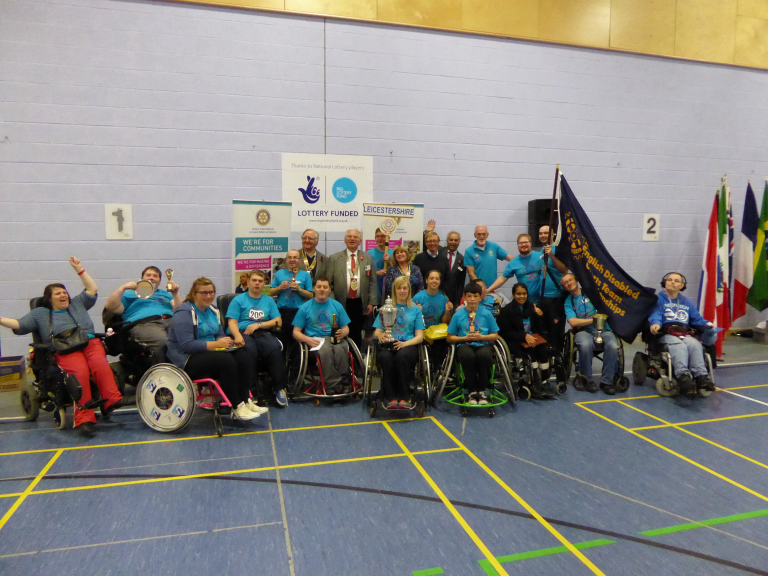 A maximum of 25 athletes per team are involved.  This year 7 teams from all over the country took part a drop from the 9 teams who took part last year.

As athletes get older and pass the age of falling into the junior group we made a request through the press for those interested in joining the team and were delighted when one girl and one boy responded competing in Table Tennis, Swimming, Weightlifting and Wheelchair Races.

Our success in taking First place overall was not only due to the enthusiasm of the team but also to John Roberson, Brenda Parcell and Bryan Cooper and many other Rotarians and their families across the club, ably assisted by our coaches Mark Beeby and John Duggan in running a series of practice nights at the Lutterworth College gym leading up to the championship.

Our thanks must also go to our volunteer drivers for collecting and returning our team to the championship and practice nights.

Our Championship record to date has been:-

This year 2014  we came 1st again against what should have been 7  teams but due to Coventry pulling out at short notice was reduced to six.  However it was a very enjoyable weekend enabling us to renew contact with our friends around the country making it very well worthwhile.

Congratulations to our team and all those who made it possible.

Hinckley & Rugby 150th loyalty bond pays 3%
Sign up for offers
Sign up for what's on guide
Popular Categories
By clicking 'ACCEPT', you agree to the storing of cookies on your device to enhance site navigation, analyse site usage, and assist in our marketing efforts.
For more information on how we use cookies, please see our Cookie Policy.