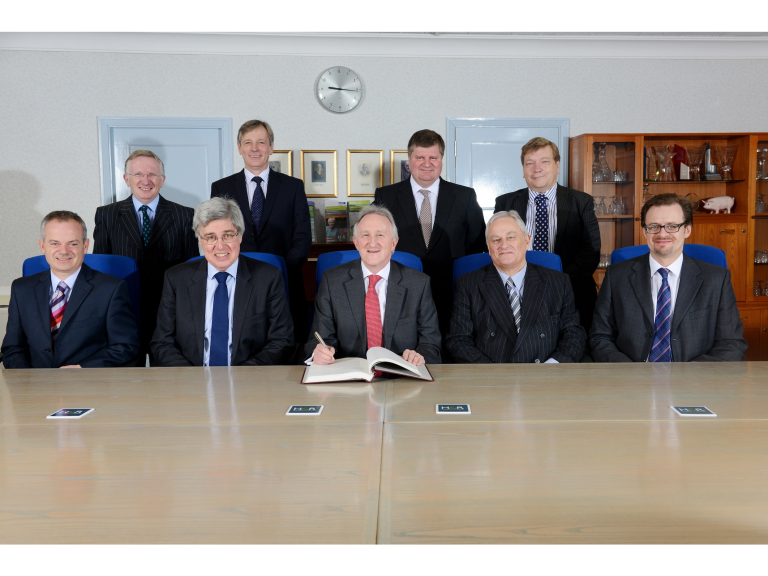 Mortgage applications were up 30 per cent in the first quarter of Hinckley & Rugby Building Society’s new year. Applications totalled £29.4 million in the three months to the end of February 2015.

Advances were also up, from £26.7 million in the same quarter a year ago to £27.2 million. And the retention rate – borrowers who stay with the Society at the end of a special rate period – reached 81 per cent.

Speaking after the Society’s 149th Annual General Meeting today, chief executive Chris White said: “We have continued to gear up our mortgage team to maintain our high levels of customer service as demand continues to grow.

“Our investment in people, and in the service we provide to brokers and to direct customers across England and Wales, continues to prove fruitful.”

A special one year 150th birthday bond was launched at the AGM in Hinckley, for existing members (i) who can save up to £5,000 at three per cent interest – giving a maximum return of £150 to mark the anniversary of the Society’s founding in 1865.

The net interest margin improved from 0.91 per cent to 1.04 per cent – the fourth consecutive year of growth. The margin has doubled since 2010.

At the AGM the following resolutions were passed:

• To receive the Directors’ Report, Annual Accounts and Annual Business Statement and the Auditors’ Report for the year ended 30 November 2014

• To re-appoint PricewaterhouseCoopers LLP as auditors of the Society

• That the Memorandum of the Society be amended (ii).

Presentation of Santa Fun Run cheques 2015
Sign up for offers
Sign up for what's on guide
Popular Categories
By clicking 'ACCEPT', you agree to the storing of cookies on your device to enhance site navigation, analyse site usage, and assist in our marketing efforts.
For more information on how we use cookies, please see our Cookie Policy.