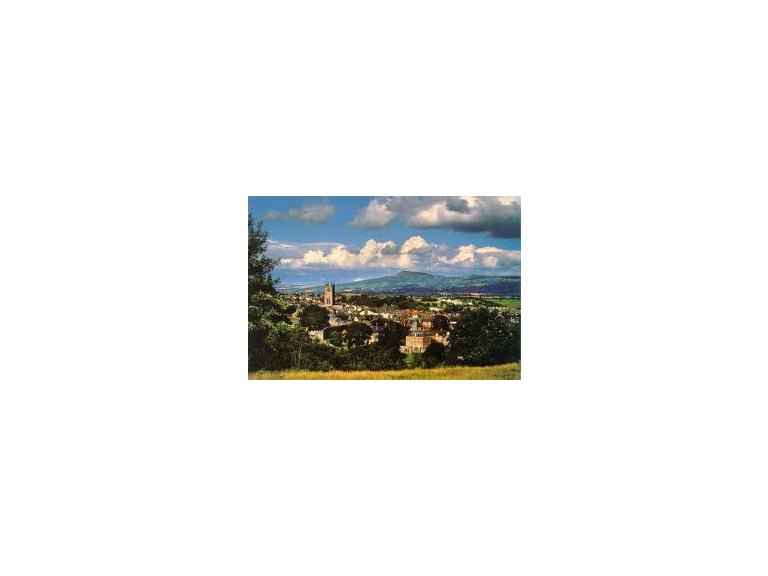 For all those who are wanting to move to Shropshire and considering Ludlow here are a few snippets of information that might help your decision.

Described as "The most perfect town in England" by John Betjeman and listed in the book '1000 places to see before you die' compiled by award winning travel writer Patricia Schultz this is by no means an ordinary town.

Ludlow sits perched on a cliff above the picturesque River Teme in unspoiled south Shropshire countryside and is overlooked by the magnificent Ludlow Castle, which dates back to around 1085. The small market town boasts over 500 listed buildings, however, it is best known for its gastronomy and hosts the highly popular Ludlow Food Festival. It also has two Michelin-starred restaurants but was once the only town in the UK to have three

Ludlow is a rural town and is around 45 minutes drive from Shrewsbury and closer to an hour for Telford. The railway station is literally a very short walk from the town centre and offers regular trains to Shrewsbury, Newport, Cardiff and Manchester. There is also an effective park and ride outside the town centre to counteract the difficulties of parking in a town designed before the needs of drivers.

What the media say:

The Telegraph: "Ludlow, with just 10,000 residents, is the culinary capital of Britain and the food festival success has encouraged a string of top restaurants to open, winning worldwide plaudits."

The Times: "Famous as a foodie magnet, this rural market town runs the gourmet gamut from world-class restaurants (La Becasse and Mr Underhills) to freshly grown local produce in the award wining market"

Ludlow has an unusually strong housing market, aided by the council's tough planning regime which ensures few new homes can be built and local estate agents often say that as soon as they get a new client instruction in the window it is often gone within a couple of weeks. There is a high demand for property and the large number of listed buildings doesn't put people off. Cottages cost about £250,000, detached houses with land £500,000.The average house price paid in Ludlow over the last three years was £221,657.

The Telegraph comment: "Ludlow was a sleepy town in the Welsh Marshes – until a single event (The Ludlow Food Festival) in 1995 put it on the global gastronomic map forever. The area became an unlikely property hot spot; house prices in and around Ludlow rose as rapidly as a well-timed soufflé; even since 2007 they have maintained their texture and consistency"