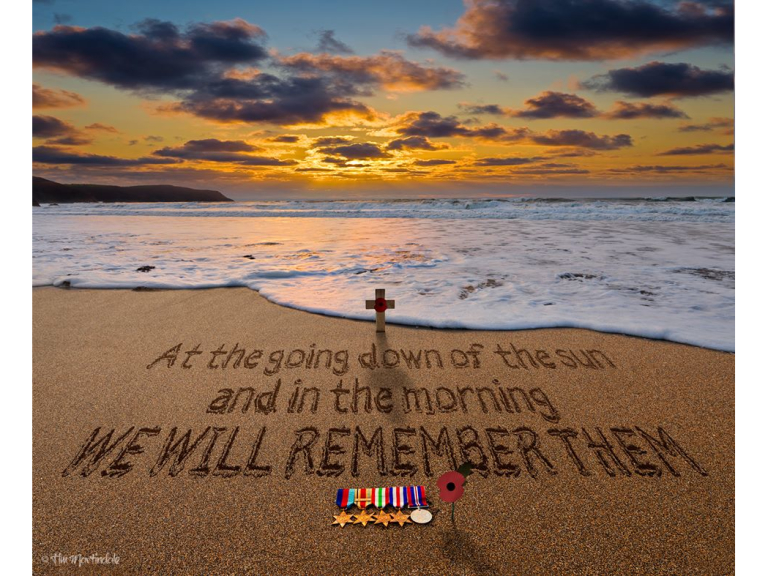 They went with songs to the battle, they were young

Straight of limb, true of eyes, steady and aglow

They were staunch to the end against odds uncounted

They fell with their faces to the foe

They shall grow not old, as we that are left grow old

Age shall not weary them, nor the years condemn

At the going down of the sun and in the morning

We will remember them

They mingle not with their laughing comrades again

They sit no more at familiar tables of home

They have no lot in our labour of the day-time

"The whole point is to attract an audience, and the bigger the better."  Mr Martindale said on his website that his dad served in the Second World War and passed away earlier this year, which prompted him to honour his memory today by wearing his medals "with pride".

He said the poem, titled 'For the Fallen' and written by Laurence Binyon during the First World War, has a "special connection with north Cornwall" as it was written on the cliff tops between Pentire Point and the Rumps, near Plozeath.

As a member of the coastguard, Mr Martindale also joined in the parade in Bude today.

"It was very moving and emotional," he said. "It was extra special this year. It brought a lump to my brought a number of time.