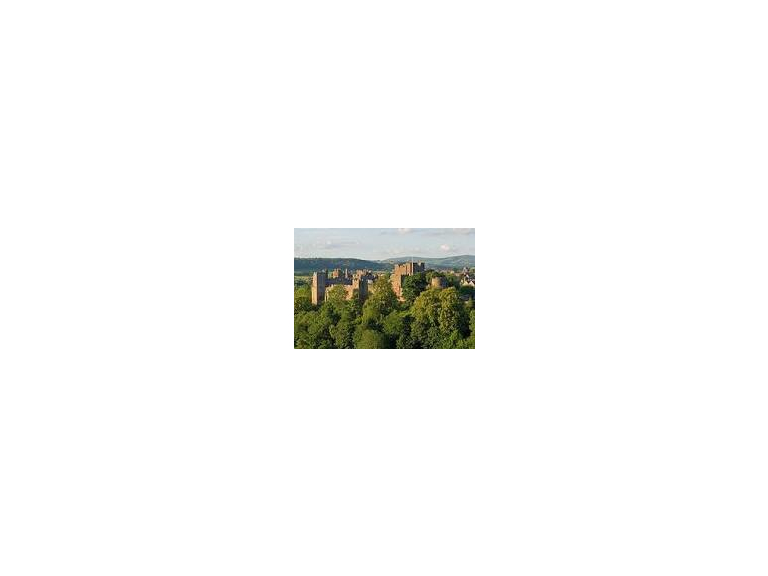 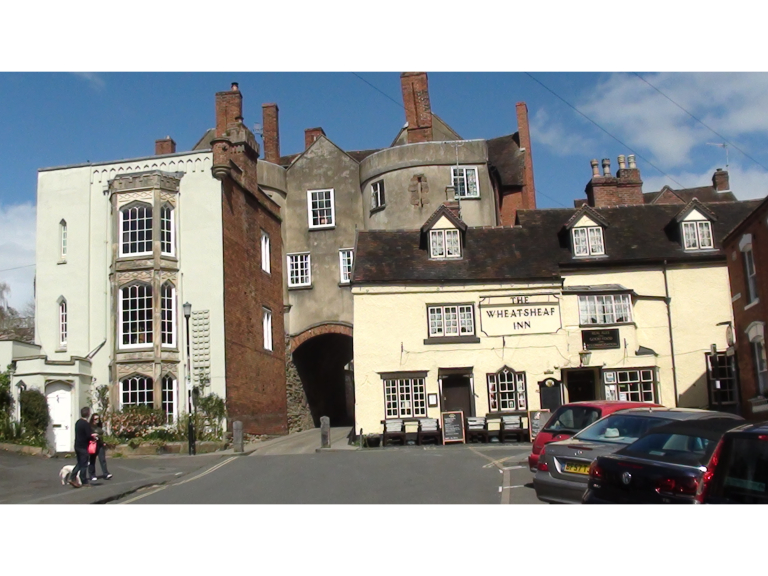 Ludlow is close to Wales and also very close to the county border between Shropshire and Herefordshire and was included in the Doomsday.

This strategic location invested it with importance in medieval times and its large castle remains largely intact. The Doomsday book lists Ludlow as the location of the unoccupied large Stanton Manor, a possession of Walter de Lacy. Walter's son Roger de Lacy began the construction of a castle on the crest of the hill between about 1086 and 1094, forming what is now the inner bailey.

Between about 1090 and 1120, the Chapel of St. Mary Magdalene was built inside the walls, and by 1130 the Great Tower was added to form the gatehouse. The castle was an important border fortification along the Welsh Marches, and played a significant role in local, regional and national conflicts such as the Owain Glyndwr rebellion, the Wars of the Roses and the English Civil War.

Owain Glyndwr (c. 1349-1416), was a figurehead of Welsh nationalism ever since he rose up against the occupying English in the first few years of the fifteenth century. Little is known about the man described in Shakespeare's Henry IV, Part I as "not in the roll of common men."

There seems little doubt that the charismatic Owain fulfilled many of the mystical medieval prophecies about the rising up of the red dragon. He was of aristocratic stock and had a conventional upbringing, part of it in England of all places.

His blue blood furthered his claim as Prince of Wales, being directly descended from the princes of Powys and Cyfeiliog, and as a result of his status, he learned English, studied in London and became a loyal, and distinguished, soldier of the English king, before returning to Wales and marrying.

Ludlow Castle was the seat of the Council of Wales and the Marches and a temporary home to several holders of the title Prince of Wales, including King Edward IV and Arthur Tudor, who died there in 1502. The site features heavily in the folk-story of Fulk FitzWarin outlawed Lord of Whittington and a possible inspiration for the Robin Hood legend.

The tale of Fulk begins at King Henry IIs court, where he spent time as a child. Fulk and the young Prince John came to blows over a game of chess; John, on running to his father, was scolded for telling tales. John was to brood on this perceived injustice for many years, eventually taking his revenge when he ascended the English throne in 1199. He prevented Fulk from claiming his rights as heir of Whittington Castle after the death of his father, instead passing the estate to a rival, Morys FitzRoger.

Fulk retaliated by murdering FitzRoger and branding himself an outlaw. For three years he stalked the woods of Shropshire, ambushing the unwary and robbing them. His moment came when he accosted King John and his hunting party; disguised as a charcoal-maker, he lured the King into the forest by promising to show him a particularly fine stag. On capturing the King he struck a bargain: he would release John and his men in return for his rightful ownership of the Whittington estate.

John agreed but soon reneged on his bargain; Fulk remained an outlaw for several years, and stories of his exploits during this time vary wildly. Some portray him as a crusader for the poor, distributing the spoils of his robberies among them, while others claim he was a dangerous, bloodthirsty criminal.

WIDOWS PAYMENT
Sign up for offers
Sign up for what's on guide
Popular Categories
By clicking 'ACCEPT', you agree to the storing of cookies on your device to enhance site navigation, analyse site usage, and assist in our marketing efforts.
For more information on how we use cookies, please see our Cookie Policy.