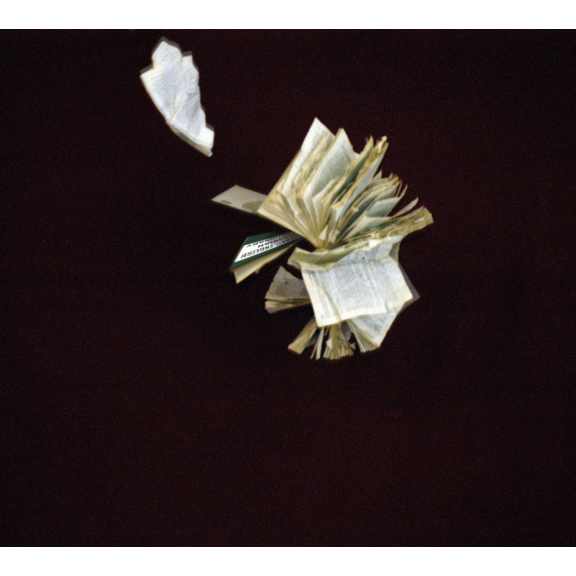 Seen Created is a curated sequence of performances by artists that are being re-staged specifically for the unique spaces of the Terry O’Toole Theatre. It is a celebration of the work of contemporary live art performance and complements the exhibition Creating A Scene currently open at the National Centre for Craft and Design in Sleaford. http://www.nationalcraftanddesign.org.uk

Each of the artist’s performances makes specific references to the spectacle of the theatre through its use of props, costume, lighting and speech.

In a reversal of the spatial layout of the theatre the audience will be seated around tables on the stage and served lunch by the Postmethodists. Who will regale the audience with descriptions and memories of an evening in November 2011, the last time this performance took place.

On returning to the auditorium the audience will be treated to the spectacle of Clare Charnley and Vanessa Grasse, standing either side of the stage, playing catch with a dictionary. As they do so its pages separate and slowly float to the ground as the drama of the disintegrating dictionary unfolds as we follow its trajectory from hand to hand.

Enter Gillian Dyson who will be spinning a number of plates on the stage floor endeavouring to keep them all spinning together. But as more plates start spinning some collide and smash whilst others stop spinning and rattle to the floor. All the while the audience willing the plates to maintain their momentum until there is only one plate spinning.

Look up to see towering above us Fabiola Paz unravelling lengths of black fabric that are handed to her. Which she then wraps around her waist to create a floor-length gown into whose exaggerated form the she then escapes.

Out of the darkness we hear the sound of an out of tune violin played by Amelia Beavis-Harrison. Moving in and out of darkness she follows a trail plotted by the theatre spotlights the sound emanating from the violin building to a crescendo before darkness and silence returns.

Until we hear Marcia Farquhar conducting a three-way debate between her selves moving between and occupying one of three conjoined wheelie bins. During the course of the performance Ella Finer and Kitty Finer will enter the stage and contribute to the debate. These makeshift pulpits providing spaces from which three ideologically opposed speakers will move further and closer to each other in space, time and paradoxical speech.