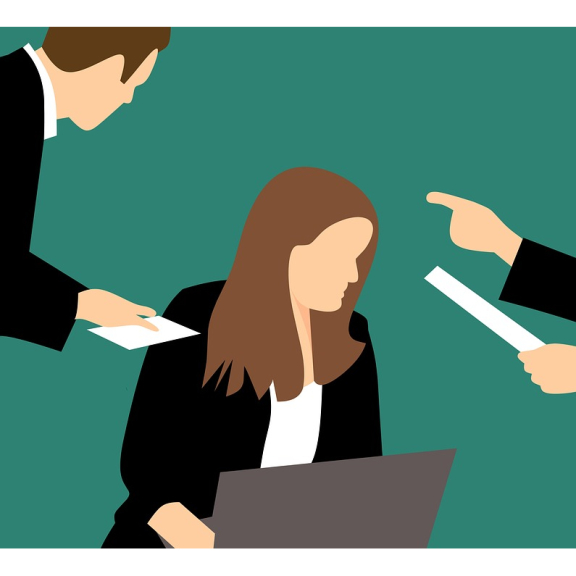 Many of us believe that harassment in social environments ends up in schools and colleges, where, unfortunately, sometimes we find bullying. However, it is possible to suffer mobbing , which is harassment in the workplace.

The human resources department is the one who has the duty to intervene in these issues, especially through prevention actions, since they affect the company fully in terms of work environment, teamwork, even results.

Regardless of the preventive and action measures that the company must carry out, it is important that the individual knows how to  identify mobbing and know if he is suffering without realizing it.

Moral harassment at work (also known as mobbing) is the situation in which a worker or group of workers performs a series of violent psychological actions in a systematic way (at least once a week) for a certain time (more than six months), about a person in the workplace.

Harassment in the workplace can appear at any time, affects men and women equally and does not understand hierarchies. So, if you work with others, you will most likely be bullied at some point in your career.

Experts say there is a general lack of knowledge about workplace bullying. This prevents people from realizing that a boss or coworker is a stalker. Read more about facts of cyberbullying .

Indicators that you may suffer mobbing or harassment

Regardless of the individual policy of the company in which you work, the ideal is to know how to recognize the problem before it goes further .

While the most obvious signs may include a boss who has a habit of shouting at your coworkers or belittling your work during meetings, some behaviors are more subtle. Let's see the indicators that can help you identify if you suffer some type of bullying or mobbing :

One of the behaviors that can cause mobbingare those that limit the worker's communication : he is not given all the information he should have and, therefore, the harassment is aimed at reducing the victim's opportunities to communicate adequately with the rest of the team.

To achieve this, the boss or the stalker will prevent the victim from being able to communicate. He will be continuously interrupted while speaking and will not be able to express himself.

In addition, comrades may shout and insult the victim publicly. They will criticize your private life and the work you do. Sometimes they will threaten you verbally, in writing or by phone. Finally, they will ignore his presence, address other people as if he or she did not exist and contact with the victim will be rejected.

The workers can carry out a series of actions to prevent the worker from having the possibility to maintain social contacts and encourage psychological harassment. The most frequent are not talking to him or allowing him to speak directly with the boss or a partner or talk with colleagues. Workers may keep you out of online social groups which can help you in your day to day activities on the job . This is a form of cyberbullying you can read more facts about cyberbullying .

Disrepute towards the rest of the workers

Harassment in the workplace may also appear before activities that have the objective of discrediting work or personal reputation . To achieve this, the aggressor will curse, defame, invent rumors, gossip or diseases of the victim. He will also ridicule him by imitating gestures, postures or his voice, mocking his private life, his nationality, his origins or trying to take it to the extreme, even attributing mental illnesses to him.

He may be forced to perform humiliating work, his activity will be monitored and recorded with bad intentions and the decisions taken by the victim will be questioned. Finally, there may also be cases of sexual harassment with gestures and propositions .

Loss of prestige at work

The harassers can also carry out harassment actions and activities that seek to reduce the occupation of the victim and their employability by discrediting them at work.

To achieve this, the person in charge will not assign him any work, he will be assigned tasks that are useless or absurd, inferior to his capacity and professional competences or, on the contrary, will impose tasks that force him to have more experience. and knowledge of their competences.

Finally, bosses or colleagues can compromise the health of the victim by forcing him to perform dangerous or harmful work for health or physical integrity . If the situation worsens, they can physically threaten you, assault you, damage your work or even sexually attack you. All this can lead the worker to have depression or anxiety.

Remember to avoid doing what you would not like to be done to you and, if you detect a case of mobbing or suffer it in your own skin, do not hesitate to document it and report it as soon as possible.