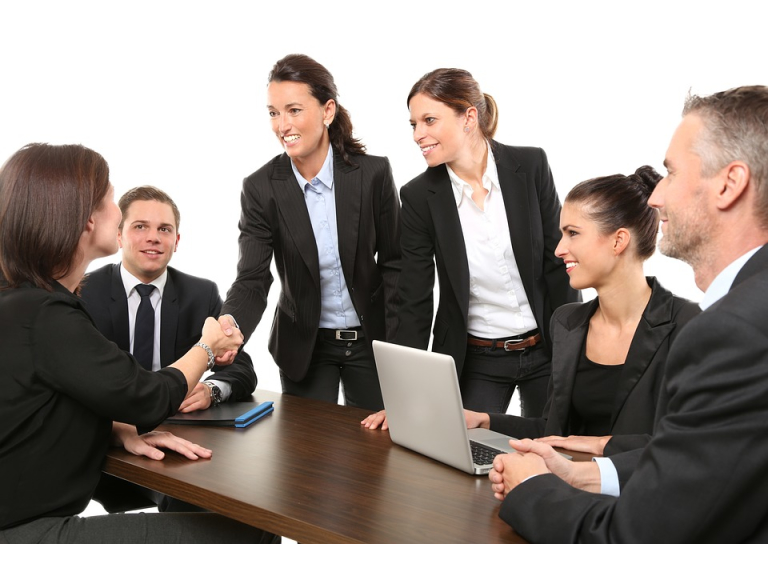 Maximum organizations understand the importance of appraisals. Since the competition is high, it is important to know about the drawbacks and then work on them to change them into strengths.  There are full fleshed strategies, programs and tools that can be employed to get the most of feedbacks and appraisals.

You can use 360 degree appraisal in your organization and it would get you amazing outcomes. This 360 appraisal is a type of employee performance review wherein the co-workers, peers, subordinates and even superiors and managers everyone anonymously rate the employee. The feedback does not stay limited to the organization, the feedback is received from outside too. There are also external raters involved in the concept. These are the people like clients, customers, venders and so on who have a day today experience with the specific employee. Theaccumulated information is then blend into that individual’s performance review.  The underlying thing is that the concept of 360 appraisals makes sure that the feedbacks come from all directions.

No scope of bitterness

Many organizations have always shunned the idea of feedbacks and appraisals because they feel such a thing motivates bitterness. Well, what do you think? Come on, in the realm of 360 degree feedback, there is no scope of bitterness and there is a reason for this.  In this program, the names of the raters are not known. It is kind of an anonymous review. The names are kept secret. Nobody gets to know who said what about whom. Since the names of the raters are not revealed, the integrity stays intact and there remains harmony too. Earlier in the conventional ways of the feedback, there were only limited sources of feedback and hence everybody knew who gave what feedback. Such a thing usually ended up in bitterness.

In the realm of this 360 program, there remains proper quality. It means there is nobody who can say that he or she gave such a feedback. Moreover, since the name of the rater is not known, the rater can freely put forward their views. A person would not have to worry about what his superiors or subordinates think of him. After all, he would know that his name is not told to anyone.  In this way, since there is no influence or unnecessary impacts, the feedbacks stay qualitative.Nobody would use the feedbacks to impress anyone or to get into the good books of superiors.

Since the sources from where the feedbacks coming in the realm of 360 programs are diverse, there remains harmony. Nobody can guess who gave what feedback to whom. Such a thing leads to growth, elimination of drawbacks and utmost harmony. Everybody can think of working on their performance and take the feedbacks in a positive sense. Nobody is going to waste their time over who might have given them this or that feedback. After all, the motive of this appraisal concept is to help employees know where they have to work for better outcomes.

You should also have it in mind that  360 degree feedback at times include the external customers also mainly for front line staff members  like the sales representatives and individuals of middle and higher management who take care of clients. Getting a feedback from such people and responding to those would enhance the customer satisfaction and it might also increase customer loyalty. This can be seen as an instrument or tool that explores the efficiency of a staff member over different roles such as manager, reporter, and peer member and so on.There are plenty of peers who might not be ready to openly show or express the problems and suggestions they face with the specific employee. In such a condition, having a 360 degree feedback wherein the ranker’s name is not revealed would be much more efficient and qualitative. Such type of appraisal also paves way to fetch more honest feedback that would be assistive in understanding their expectations and it also might create a great relationship at work place.

Is it only for managements or administrations?

It’s a common confusion that 360 degree feedbacks are effective or beneficial only for the management and the concept make the evaluation process rigid and challenging.  Maybe it sound true to some extent but it is not a complete truth. The point is you can use this program at any level of your organization. Whether you want to evaluate your clerical staff, manager’s department heads or any other employees; you can make the most of this program.  It depends totally on the organization where it wants to use it. But note that the program of 360 degree iseffective only if you have more than fifteen to twenty employees working in the organization. If there are limited employees, there won’t be the desired impact.  In a small number of staff, everybody would know who said what to whom. Such a thing would rather bring conflicts.

It is also true that the suggestions given by diverse appraisers can give ideas and new perspectives to the employee for growing oneself in that specific area they lag behind. here it would be right to state that the staff members  or employees need not go for getting  or acquiring knowledge for improving themselves through any other or external sources such as books or internet, in case they are in a position to positively take up, analyse and make the most of the internal feedbacks of their immediate circle. These feedbacks actually work like the real supporters. You can learn a lot from them if you take them in a positive view. If your employees keep their ego on one side and think about the idea that the rater dropped in his or her feedback; they can do wonders with their performance. It is all about learning from everything that comes on your way.

Thus, the idea is to incorporate the new and advanced tools of appraisal in your organization for making the most of every effort.  It is a tool that benefits both the organization and employees.