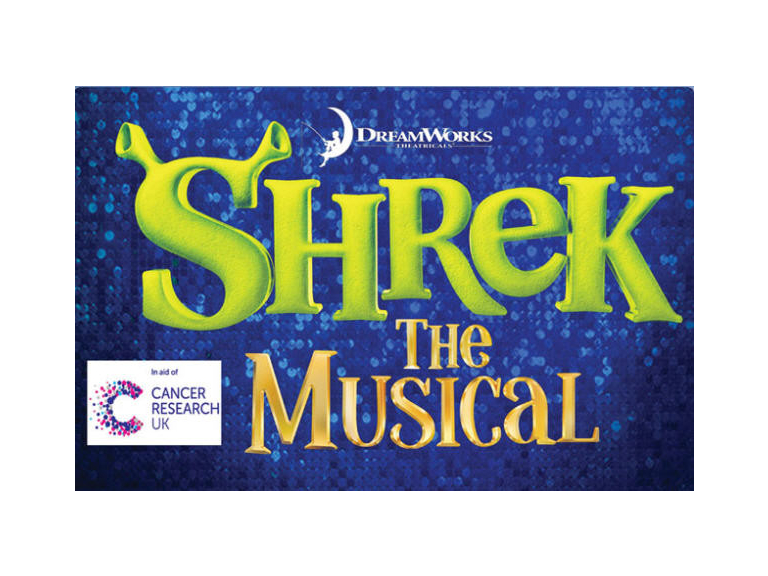 i
Based on the latest Government guidelines, some events may be postponed, cancelled or taking place online. Please check with the organiser for the latest info.
Shrek
Shrek
From: The Lighthouse Theatre (See all)

Based on the story and characters from the Oscar-winning DreamWorks Animation film, this hilarious production turns the world of fairytales upside down in an all-singing, all-dancing, must-see musical comedy.

Join Shrek, our unlikely hero, and his loyal steed Donkey as they set off on a quest to rescue the beautiful (if slightly temperamental) Princess Fiona from her tower, guarded by a fire breathing love-sick dragon. Add the vertically challenged Lord Farquaad, a gang of fairytale misfits, and a biscuit with attitude, and you’ve got an irresistible mix of adventure, laughter and romance, guaranteed to delight audiences of all ages!

KOS Musical Theatre Company are proud to bring this spectacular show to the Lighthouse Theatre. Following their highly successful productions of Sister Act, All Shook Up and Barry Manilow’s Copacabana they are excited to return with the Northamptonshire Premiere of Shrek, and present their 2020 production in aid of Cancer Research UK.

Shrek is a musical with book and lyrics by David Lindsay-Abaire and music by Jeanine Tesori. It is also based on William Steig’s book of the same name. Originally produced on Broadway by DreamWorks Theatricals and Neal Street Productions. An amateur production presented by arrangement with Music Theatre International (Europe). All authorised performance materials are also supplied by MTI Europe – www.MTIShows.co.uk