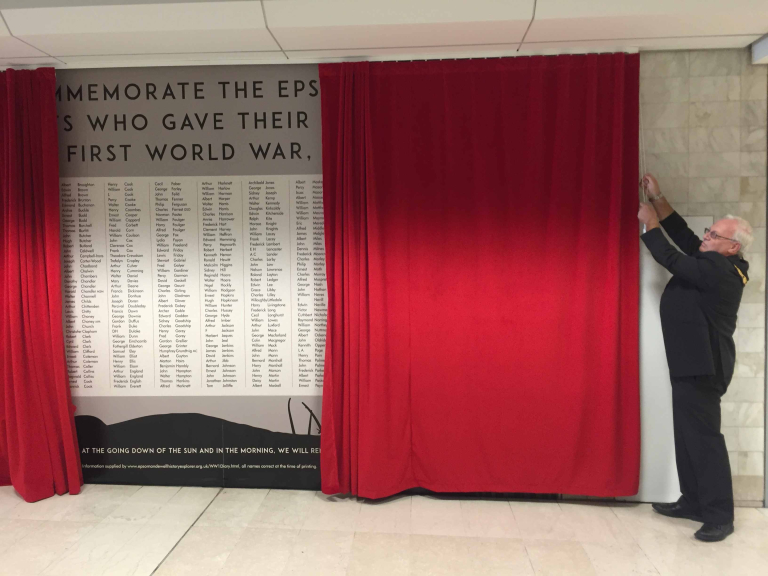 Today, Thursday 11 October 2018 the Mayor of Epsom & Ewell Councillor Neil Dallen unveiled a mural in The Ashley Centre to commemorate the Epsom & Ewell residents who gave their lives during the First World War which ended 100 years ago.

According to local war records, 444 local people who lived in the Borough lost their lives during World War I and all their names are listed on the huge mural which is currently on display opposite Quest in The Ashley Centre for one month until 11 November.

In addition anyone visiting Epsom cannot miss the stunning sculpture of “The Lonely Soldier” currently situated on the very top of The Ashley Centre overlooking the town. It is a powerful visual tribute to those who fought and died for our country and was designed by John Sedgwick and 18 year old Evelyn Lawrence who goes to Sixth Form at City of London Freemen's School. Evelyn has an Art GCSE and enjoys drawing and painting in her free time.

At the unveiling trumpeter Paul Chamberlain of Christchurch Music Group Epsom stood next to the soldier statue and played The Last Post and Rouse Reveille.

The Ashley Centre is also collecting local people’s individual stories of the part their loved ones played during the war.  If you, or someone you know lost a loved one during World War I please get in touch with The Ashley Centre on 01372 742548. They would be delighted to hear from you so these stories can live on. 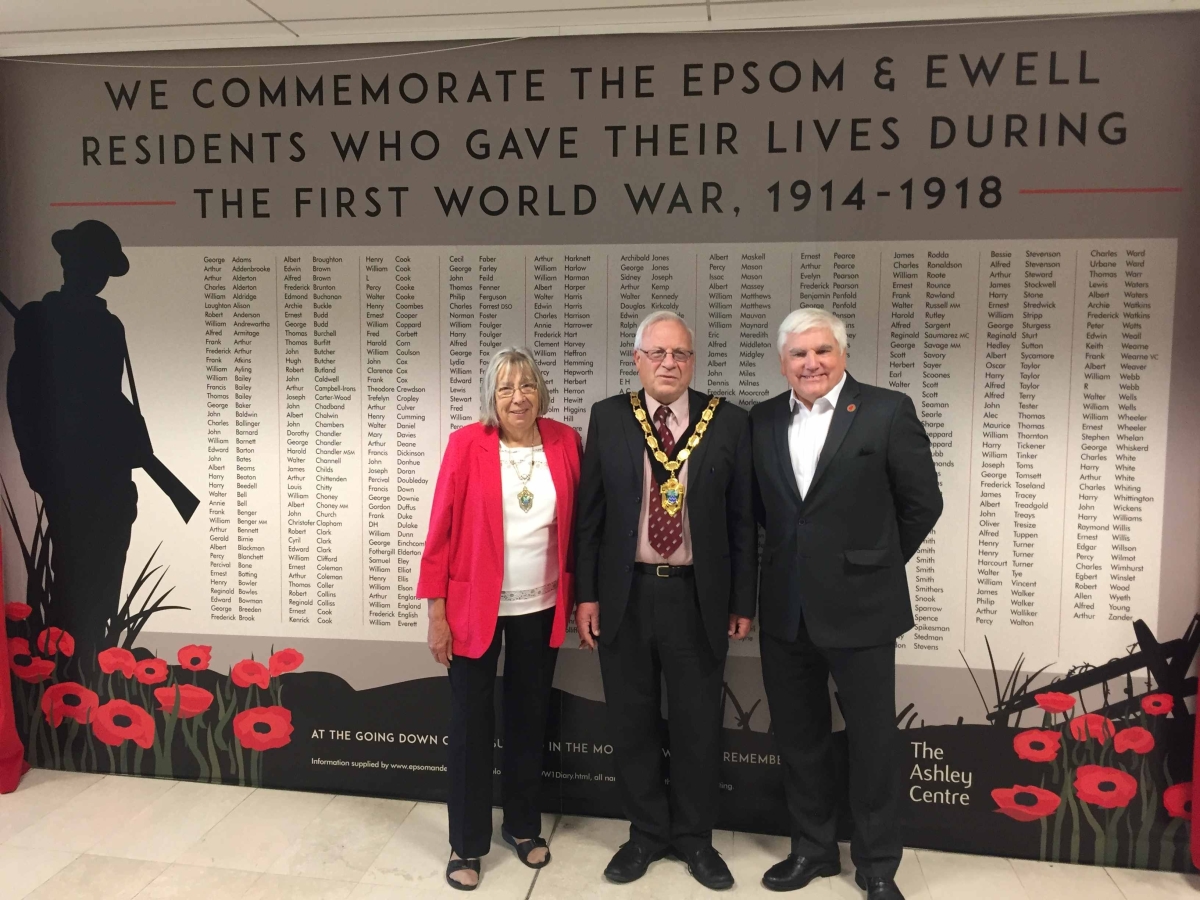 Pictured The Mayor and Mayoress of Epsom & Ewell Councillor and Mrs Dallen and The Ashley Centre Manager David Beddows. 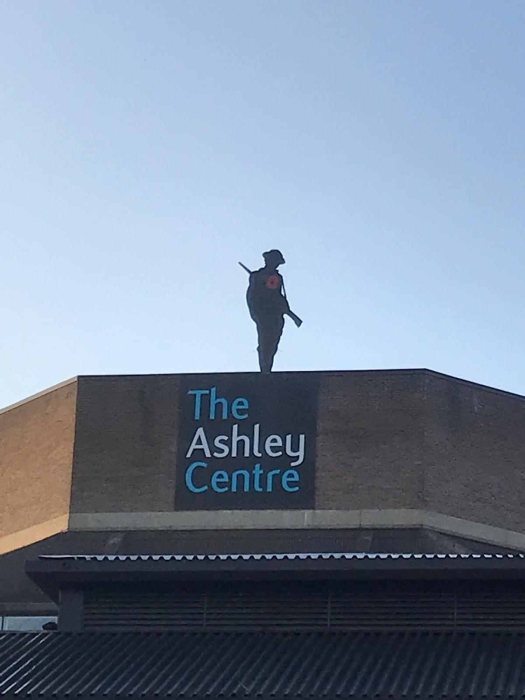