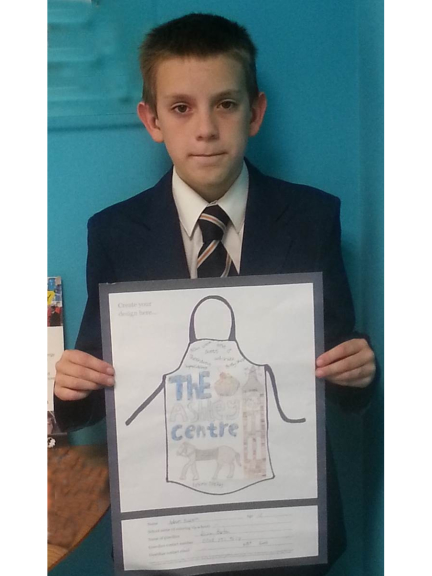 As part of The Ashley Centre’s hugely popular free Food and Baking Festival held at Easter children were invited to take part in a “design an apron” competition. The winner has just been announced and he is 12 year old ADAM BURTON from West Ewell.

The Ashley Centre’s General Manager David Beddows said: “We were delighted with the entries we received for this competition but the judges all agreed that Adam’s design was the clear winner. He had obviously spent a lot of time and effort on his entry, and we particularly liked the fact that he had included an image of the Clock Tower, Epsom’s iconic landmark.”

Adam’s design will now be taken and made into aprons that will be given away as part of a big event to be announced later in the year.