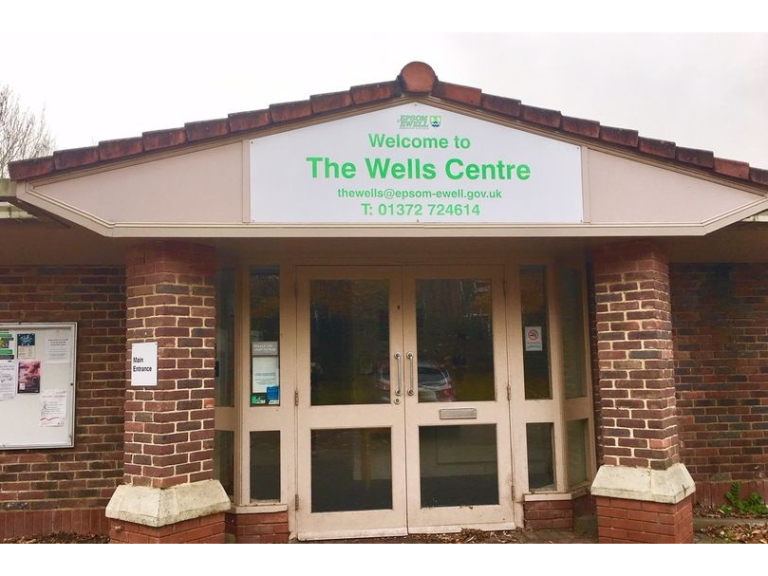 Epsom & Ewell Borough Council is to transfer the running and activity of the former Wells Centre to Epsom Wells Community Association (EWCA), a registered charity.

The Strategy & Resources Committee agreed at its meeting last night (29 March 2022) that the community group would take responsibility for the building and put it back into use for hire, a café, and a range of community-led activities.  The council will grant a lease of the site with an initial two-year rent-free period after which the rent payable will reflect the community use of the building.

EWCA have produced a viable business case that sees the existing building renovated, and long-term managed by the Wells residents at no short or long-term costs to the Council and council taxpayers.  The business case proposal is for a “reimagined centre” which will mix community group use, private hire, business hub and hot desk space with a community café.

It plans to reinvigorate the offering on the premises to deliver a modern, forward-looking, multi-generational community centre. The centre will support Epsom & Ewell’s “Future 40” plans, helping to make the borough an even better, brighter place.

EWCA propose to be responsible for the Wells site in its entirety and release the Council from any ongoing financial responsibility. In addition, the Council would receive rental income from the commencement of the third year of the lease.

Councillor Colin Keane, Chair of the Strategy and Resources Committee said “We have listened to the local community and worked with EWCA to enable them to develop a business case to run the centre.

“The Council is committed to enabling and encouraging EWCA to succeed and a revived facility would support the principle that enhances the Cultural and Creative opportunities in the Borough where people work together for all the community.

“Crucially, this plan will also remove any financial call on the Council’s resources to enable the Council’s other key priorities for residents to be pursued”.

The Wells is a 1930’s housing development within Epsom Common, built on the land around the well where the original Epsom salts were discovered. The area incorporated an underused council building that had been partly utilised as a community day centre. In 2015, to ensure continuation of community services, the council made the decision to transfer services to the Community & Wellbeing Centre (three miles away) which has become the borough’s flagship facility for its community and well-being services.

When the decision was taken to close the Wells, the community was offered an opportunity to propose an alternative use for the site. The council has a legal duty to obtain best value from its assets and no viable community proposals were offered that the council could support. The council proceeded with plans to redevelop the site for affordable housing alongside a community hall.

The community objected and their elected representatives opted not to support the project via the Planning process. The council has now received a business proposal by EWCA offering an alternative use for the building that the council could support, and which would offer value for money for the council taxpayer. It is this option that has been approved by the Strategy & Resources Committee.

Just a few hours a week could make all the difference to an elderly person – Volunteer your time to @AgeConcernEpsom
Sign up for offers
Sign up for what's on guide
Become an author
Popular Categories
By clicking 'ACCEPT', you agree to the storing of cookies on your device to enhance site navigation, analyse site usage, and assist in our marketing efforts.
For more information on how we use cookies, please see our Cookie Policy.