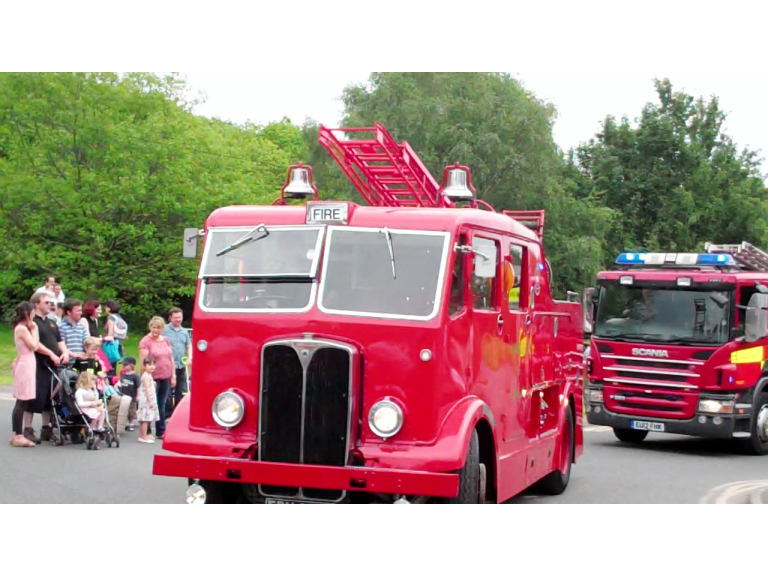 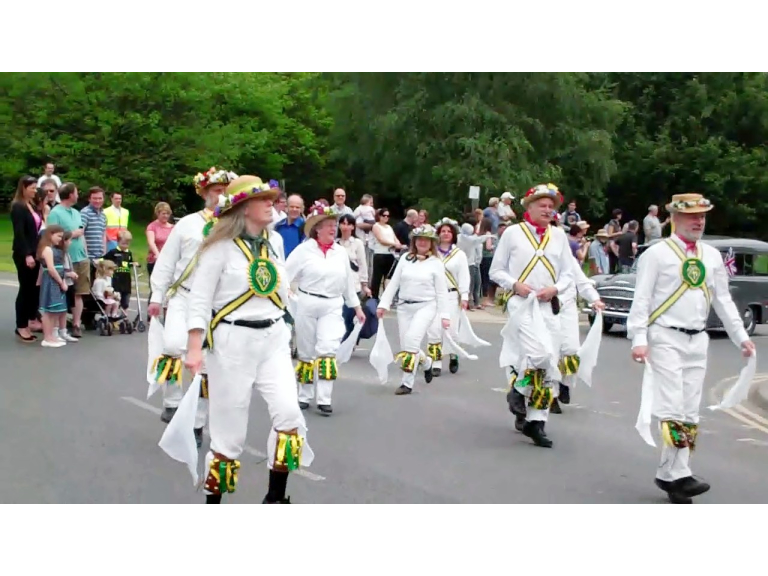 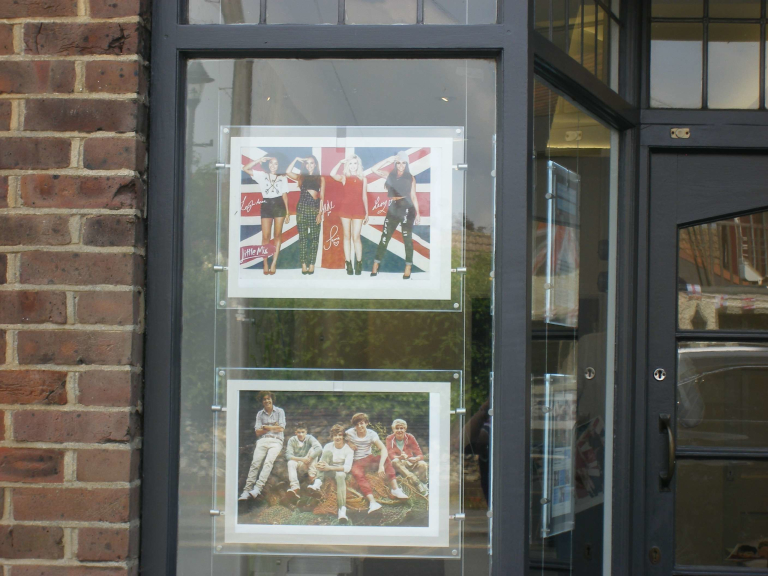 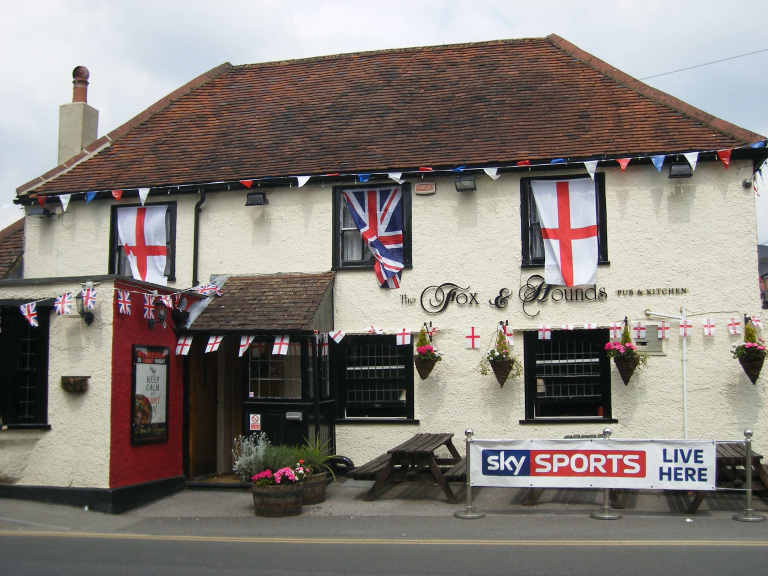 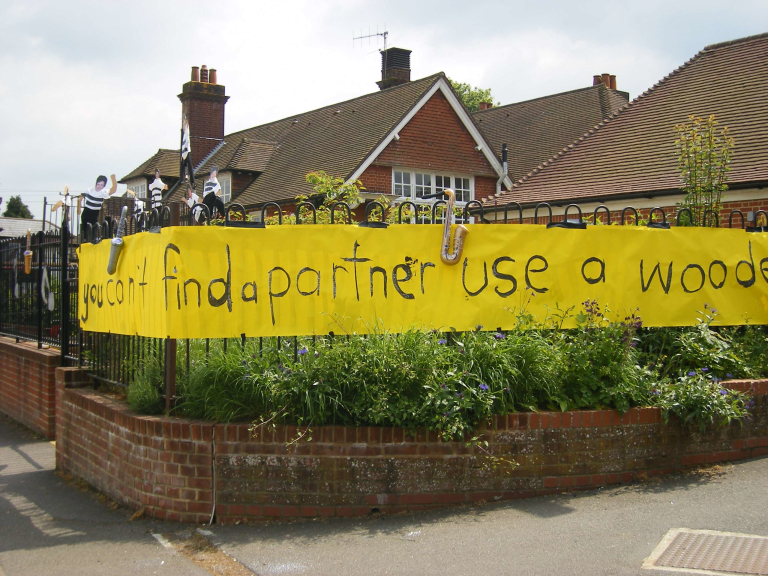 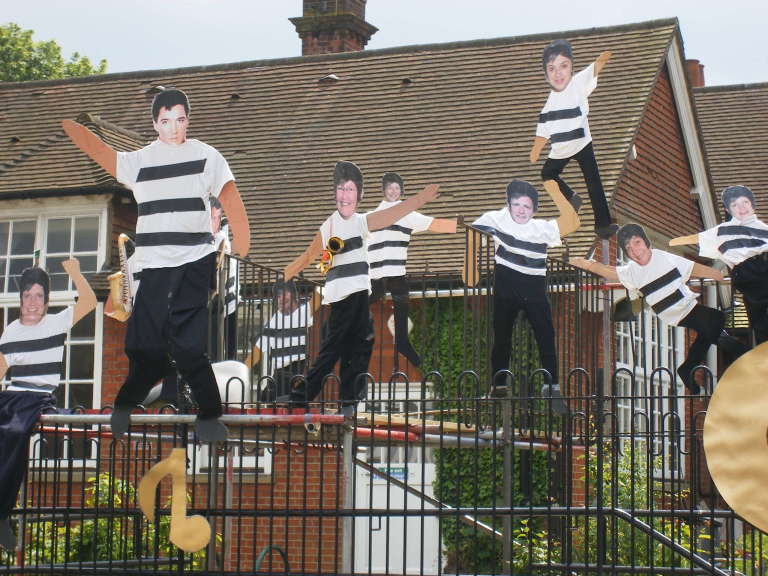 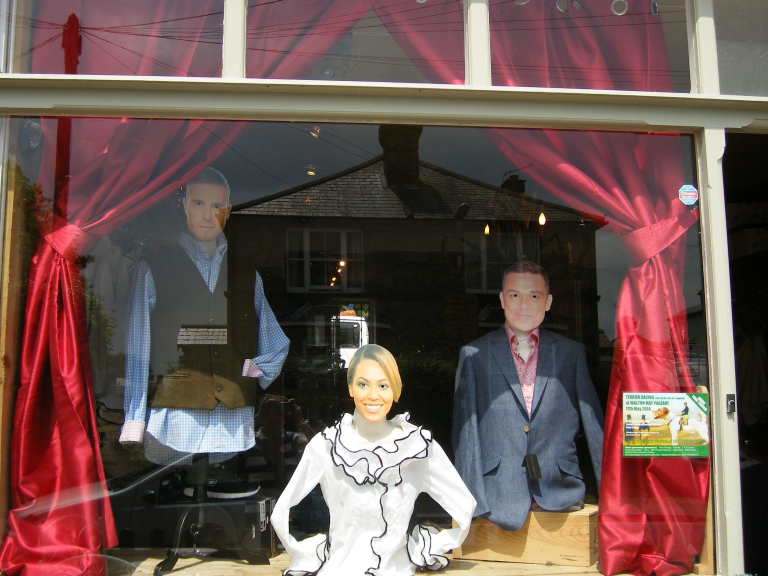 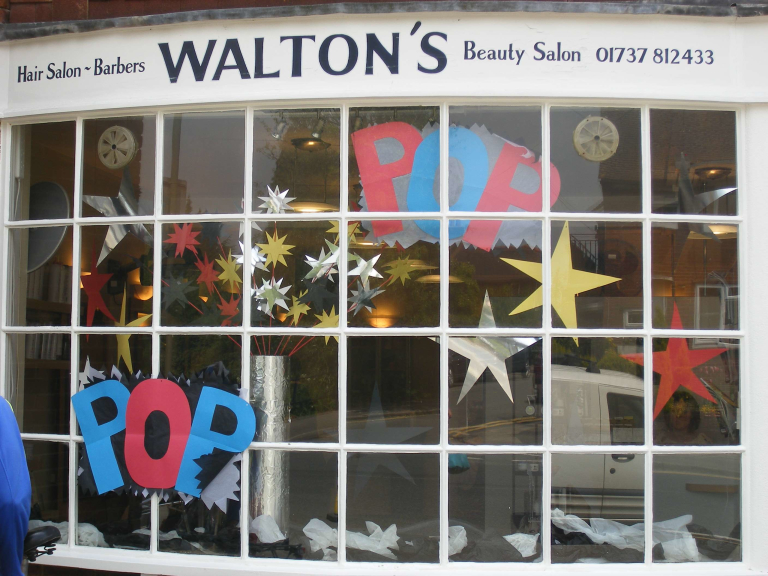 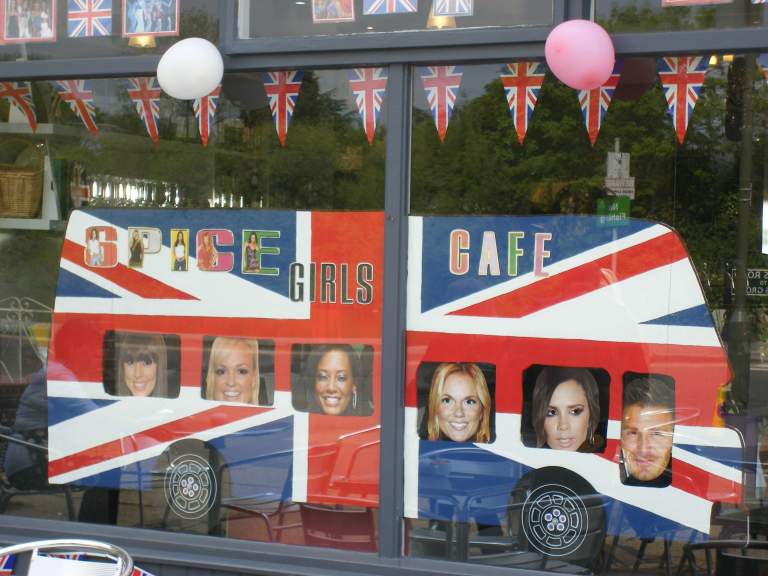 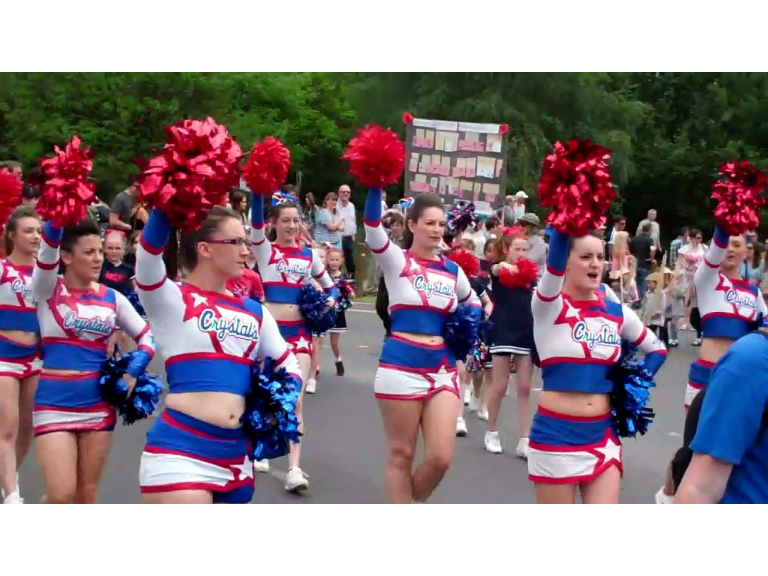 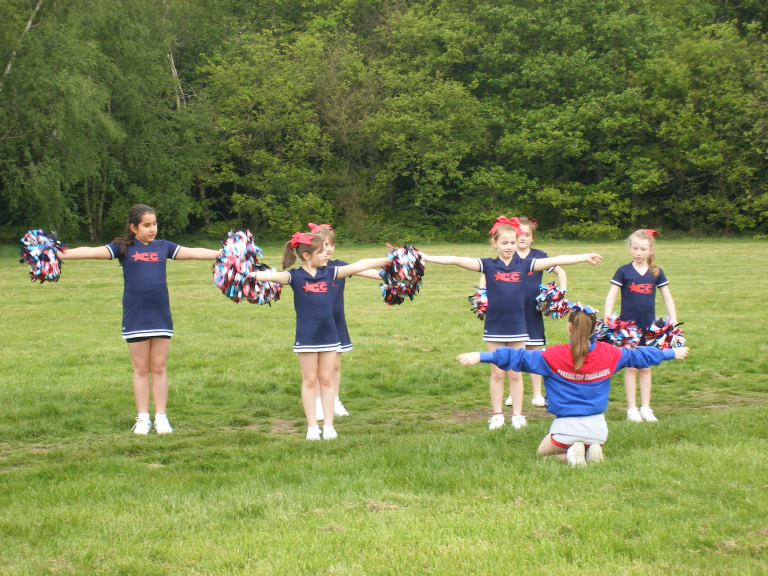 I went early to watch all the local schools and groups gathering by the pond ready for the start of the parade.

There were The Pom Poms Carshalton Cheer Leaders busy with last minute practice. Lots of Beatles gathering together. It was like a Las Vegas convention as the Elvises and their colourful Hawaiian girls met together.

Katy Perry and Lady Gaga were also there with assorted hair colours and a very ingenious tribute from  Tadworth Brownies as they commemorated 100 years of the Guides with the 1914 Top Hit – It’s A Long Way To Tipperary!

The Spice Girls spiced up our life - Little mix mingled along with One Direction – lots of colours and music everywhere!

I walked along the high street and saw the many local shops and businesses who had added to the fun with window displays – lots of balloons!!

And music filled the air –Walton Primary School had constructed a gantry at the front of the school with cut  outs of their pupil Elvises doing The Jailhouse Rock – and with music to accompany it.

There were also some wonderful motorbike riders celebrating the occasion – I know nothing about mortorbikes – but these were magnificent pieces to see – with their owners (Harley Davidson Club) doing last minute checks and cleans to make sure there were shown to their best (the bikes that is).

The parade got away on time with the lovely May Queen (Yzanne Pepper) driven along in an open air car to start the proceedings. There were also some local children on their ponies to set the way ahead for her.

The town crier welcomed everyone and the parade was in progress. The May Queen attendants were carried in a flower decked open cart so they could greet everyone along the way.

Along came the band and the dancers – morris men – cheerleaders (giving an excellent moving display) – and the POP STARS… (have to admit there were 3 teeny weeny Elvises who raised Oohs from all the crowds as they strolled along).

The wonderful motor bikes joined the parade and gave us a roar and a rev as they zoomed away.

Then came the cowboys and ‘Ingines’ – The Cowboys together with wild west Santa Fe stage coach = and lots of gun fire!! were ”The Shooists” from Bar-X Rancheros in Alford and were getting ready to do their round-up show later.

The ‘Ingines’ were the beautiful shiny red Fire Engines from the past and the present.

Here are links to some videos I made - if you want copies of these or any of the pictures just email me at epsom@thebestof.co.uk

Meet PIXIE looking for a home - #Epsom & Ewell Cats Protection @Epsom_CP #giveacatahome
Sign up for offers
Sign up for what's on guide
Become an author
Popular Categories
By clicking 'ACCEPT', you agree to the storing of cookies on your device to enhance site navigation, analyse site usage, and assist in our marketing efforts.
For more information on how we use cookies, please see our Cookie Policy.