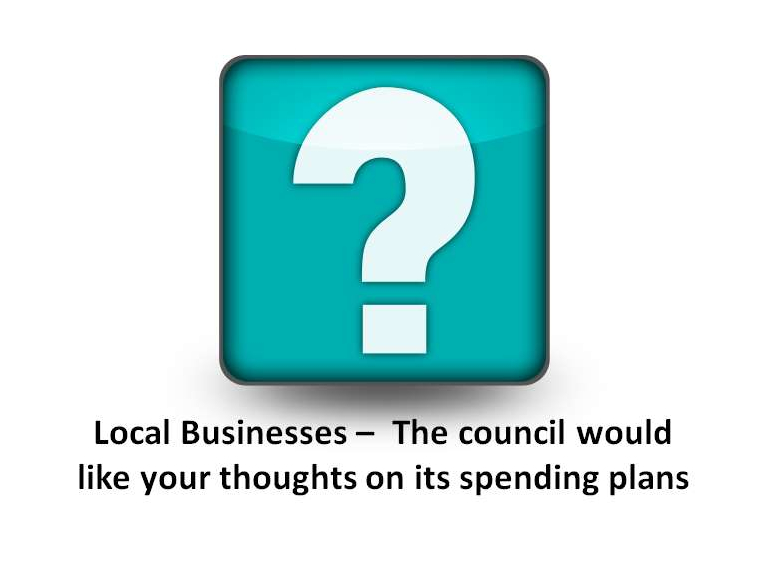 The Council welcome feedback from non-domestic ratepayers on its spending plans for 2014/15 and any aspect of the services and support it provides to the business community.

Responses received by 17 February 2014 will be summarised for the Council when it meets on 18 February to set the budget and council tax for 2014/15.  Responses after that date will be used to inform future decisions.

For many businesses the amount they pay in ‘national non-domestic rates’ is an important factor in their finances. Although ‘business rates’ are set by central Government, local authorities have an obligation to consult with businesses on their spending plans. Epsom & Ewell Borough Council is using this opportunity to also ask businesses to comment on any service delivery or partnership issues.

Neil Dallen, Chairman of the Strategy & Resources Committee, commented: “One of the Council’s key priorities is the economic vitality of the Borough. We have recently instigated a number of initiatives to support this priority and are listening to, and acting on, business community suggestions, for instance the new parking charges in central Epsom, with lower afternoon rates, were a direct result of feedback from the retail sector”.

Comments are encouraged on the budget by 17 February and on any of the Council’s services or annual targets by the end of February.