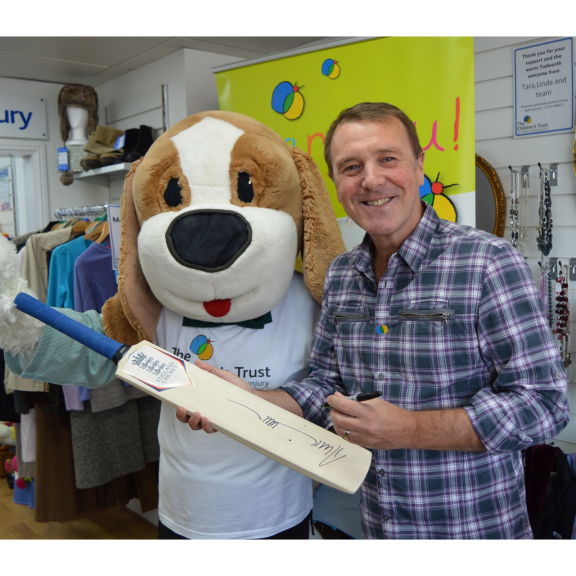 Phil Tufnell, affectionately known as Tuffers and an ambassador for The Children’s Trust, picked eight tickets in the special draw, with the lucky recipients winning a combined £4,000 in cash!

The former England cricketer also donated a signed cricket bat which will be raffled at the charity’s annual Easter Fair at Tadworth Court on Saturday 4th April.

Phil Tufnell said: “It’s the first time I’ve been to the new Children’s Trust shop, and it’s packed with good quality gear. I’ve been involved with The Children’s Trust for a long time, and have been amazed at what they do to help children with a brain injury. I hope people get behind the new shop in Tadworth, as it really is a great charity.”

Tara Bennett, Manager at The Children’s Trust shop in Tadworth, added: “We were thrilled to see Phil in the shop.  It’s been a bit of a whirlwind since we opened at the end of February, but his visit has to be a highlight so far.”

The Children’s Trust is the UK’s leading charity for children with brain injury.  For further details on how you can support the charity, either by donating good quality items for the charity’s shops, or going along to the Easter Fair on 4th April – visit www.thechildrenstrust.org.uk