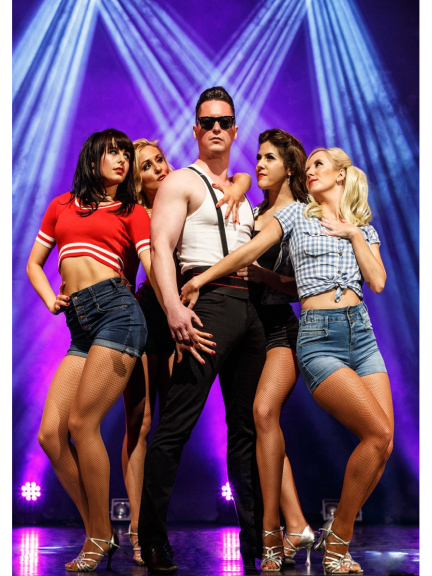 Stage Acts Entertainment’s smash hit tribute to the greatest movie soundtrack of all time, An Evening of Dirty Dancing: The Tribute Show makes its debut at Epsom’s Playhouse Theatre on October 8 2015 featuring local talent from Laine Theatre Arts and Protègèm Dance Company. Embarking on its 5th Anniversary tour, the show is a fully choreographed, highly interactive celebration of the music from the iconic movie.

Musical theatre stalwart Julian Essex-Spurrier will lead the production having played numerous iconic leading roles including Tony Manero in Saturday Night Fever, Rocky in The Rocky Horror Picture Show, Riff in West Side Story and Rusty in Starlight Express. He’s joined by Ross Carpenter who makes his professional touring debut in the production having recently graduated from Epsom’s prestigious Laine Theatre Arts. Joining the cast in a special appearance will be local talent from the Protègèm Dance Company.

An Evening of Dirty Dancing: The Tribute Show is directed by Paul Spicer with choreography by Leanne Harwood and pays homage to the greatest movie soundtrack of all time. A high energy emotional roller-coaster of an evening with breathtaking choreography and buckets of nostalgia. Includes the classic songs: Big Girls Don’t Cry, Hey Baby, Wipeout, Do You Love Me, Hungry Eyes and the Oscar-winning (I’ve Had) The Time of My Life.

Paul Spicer said “The atmosphere is always electric. We totally encourage our audiences to sing and dance and immerse themselves in the summer of ’63. I watch people leave the theatre on a real high. I’ve seen people burst into tears of happiness! This is a multi-award winning soundtrack steeped in nostalgia. I challenge anyone to come along and not have a fantastic time.” Please note this production is not affiliated with Dirty Dancing: The Classic Story on Stage in the West End or on tour in the UK or worldwide.

“All singing, all dancing, highly watchable entertaining” - The Stage