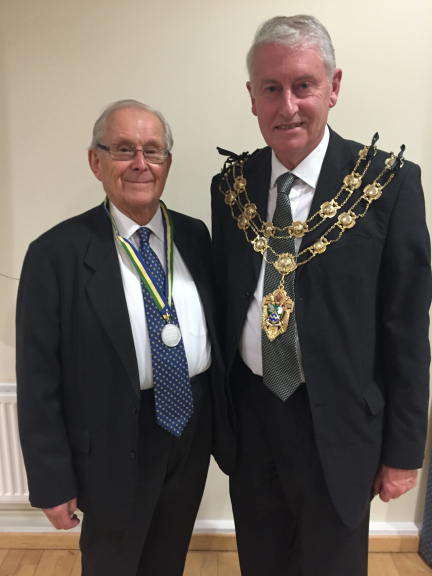 Founder and President of Epsom-based charity The Sunnybank Trust, Tom RhindâTutt (MBE), has been given the Active Citizen Award by Epsom and Ewell Mayor, Cllr Chris Frost, at the Epsom and Ewell Civic Reception on Friday, 11th March.

Tom Rhind-Tutt first began what would later become The Sunnybank Trust thirty years ago when he was volunteering at the old Epsom Hospital cluster. Tom was inspired to improve the way people with learning disabilities were treated and went on to develop an informal befriending scheme for the institutionalised patients as well as organizing social events.

Tom has remained central to the work of the charity as it has developed over the years, staying actively involved in the Trust’s work.  He recently celebrated his 89th birthday at a Kites Club disco, spending the evening socialising with many of the charity’s beneficiaries who have known Tom since the charity first began.  The Sunnybank Trust even takes its name from Tom’s home, where volunteers originally met around his kitchen table to discuss and plan the work of the charity.

Cllr Chris Frost, Mayor of Epsom and Ewell, said: “I have known Tom Rhind-Tutt for many years, and have seen what an enormous contribution he has made to the life of our community.  It gave me great pleasure to be able to make him the Active Citizen for my Mayoral year.”

Tom has also been involved in many other charitable and community based initiatives throughout his lifetime.  He is also a lay-preacher and an active church-goer, who regularly promotes the importance of working together to benefit the wider community. 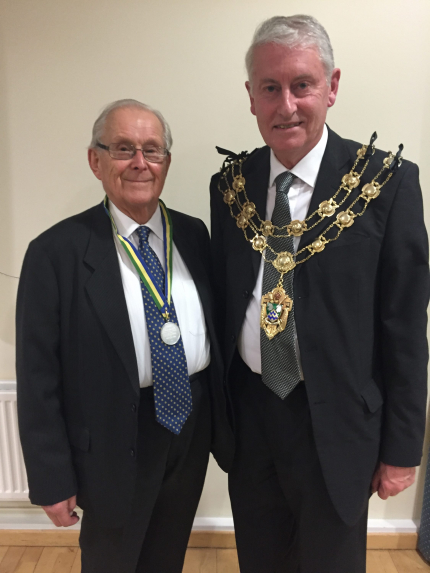 The Sunnybank Trust is based in Epsom and helps people with learning disabilities live fuller lives and enable them to have more control over decisions that affect them.

Marketing Tip - Who’s It From?