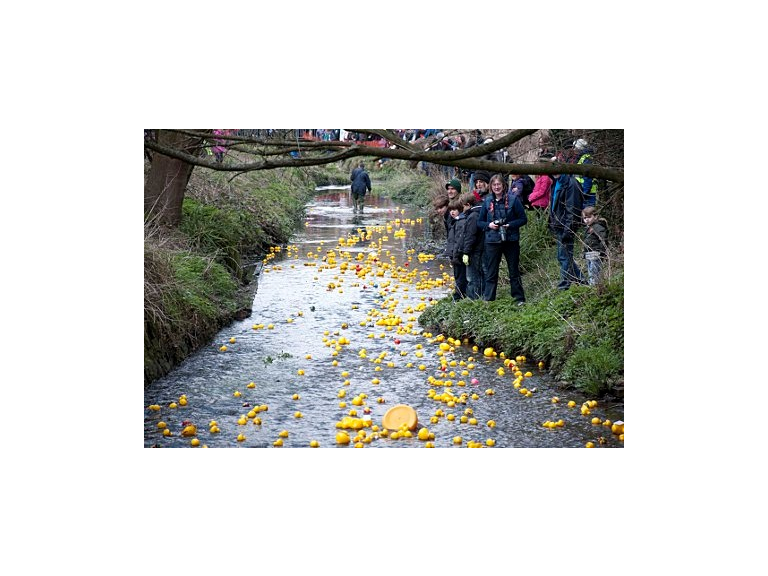 Thousands of ducks took to the water on Saturday to raise more than £1,000 for charity.

About 2,000 people turned up to the "biggest and best yet" annual charity duck race on the Hogsmill River, organised by the Ewell Court Residents’ Association (ECRA) to raise money for Epsom Hospital’s Casey children’s ward.

While last year’s race saw the ducks being dragged along in a sandbag because the water level in the Hogsmill was so low, the ducks experienced no such indignity this year.

Kerrie Baker, of ECRA, said: "It was a fantastic day.

"We had perfect water levels, there were no problems like last year when we had a bit of trouble with the river flow.

"More people than ever came and we provisionally raised more money than last year.

"The duck race has had an enhanced profile this year due to great publicity of the event."

The owner of the winning duck was awarded £25.

Article, pictures and video from Hardeep Matharu at Surreycomet

See the VIDEO on Surrey Comet